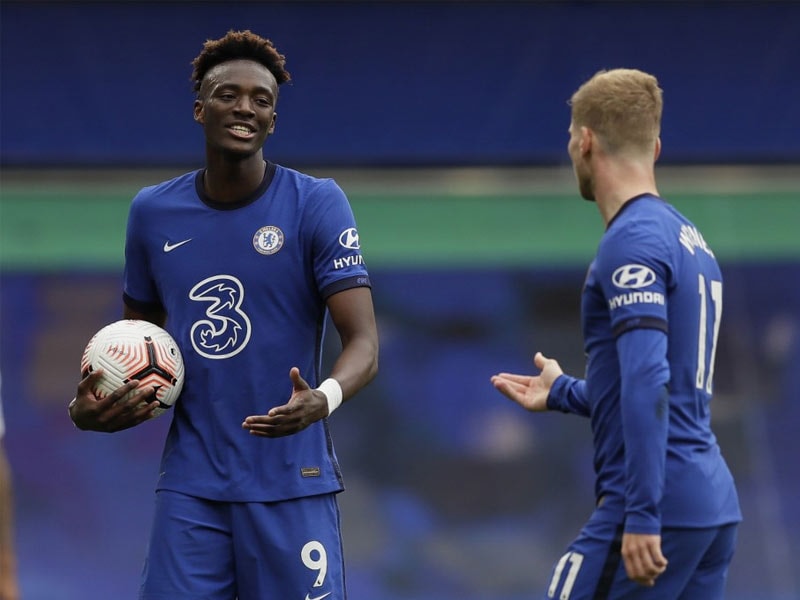 Tammy Abraham has apologised for the breach of coronavirus protocols.© AFP

Chelsea's Tammy Abrahamhas apologised after footage emerged of him attending a party with England teammates Ben Chilwelland Jadon Sancho in an apparent breach of national coronavirus rules. The Sun newspaper published the video, which appears to show the three players at a gathering in London with more than six people present on Saturday. It comes a month after Phil Foden and Mason Greenwood were sent home for breaching Covd-19 protocolswhile with Gareth Southgate's England squad in Iceland.

The Sun reports that the FA has seen footage of the party and quotes a spokesman as saying: "There will be no change to the England team at this stage."

The England squad is due to assemble this week ahead of a friendly against Wales on Thursday and Nations League matches against Belgium and Denmark.

Chelsea pair Abraham and Chilwell and Borussia Dortmund's Sancho are all in the 30-man group.

It was reported the party was organised as a surprise gathering for Abraham's 23rd birthday.

The forward has apologised, telling the newspaper: "I arrived home to find a small surprise gathering.

"Though I was totally unaware this was planned, I would like to wholeheartedly apologise for the naivety shown for the organisation and attending of this gathering.

"All I can do now is learn from it, apologise to everyone and ensure it never happens again."

Borussia Dortmund Jadon Sancho Football
Get the latest updates on SA vs IND 2021-22, check out the Schedule and Live Score . Like us on Facebook or follow us on Twitter for more sports updates. You can also download the NDTV Cricket app for Android or iOS.