It was Cristiano Ronaldo's fourth goal this season for Juventus. 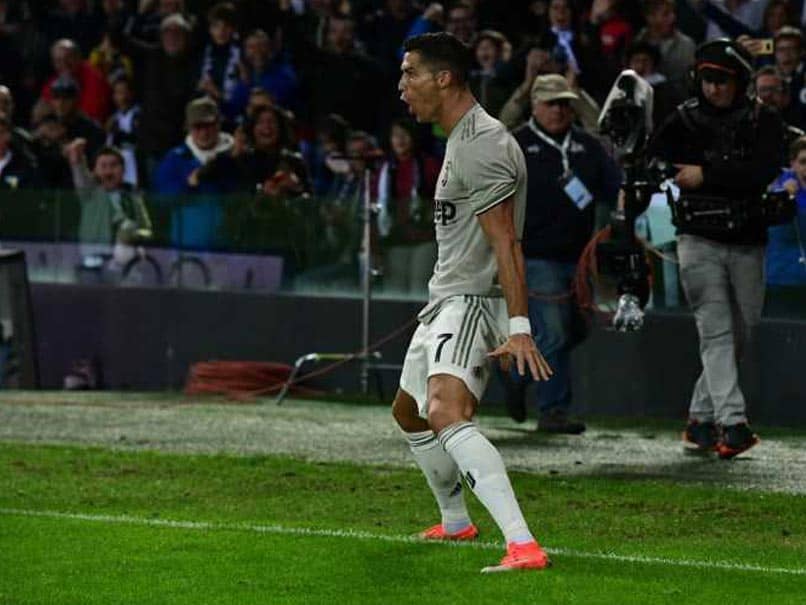 Cristiano Ronaldo shrugged off damaging rape allegations to score for Juventus as the Italian champions beat Udinese 2-0 to stretch their lead at the top of Serie A on Saturday. The Portuguese forward lashed in the second goal in the 37th minute from Mario Mandzukic's pass, four minutes after Rodrigo Bentancur's opener. It was Ronaldo's fourth goal this season for Juventus, with the 33-year-old celebrating wildly with his teammates. Juventus -- with a maximum 24 points from eight games -- opened up a nine-point lead on second-placed Napoli who host Sassuolo on Sunday.

Ronaldo showed no sign of being under pressure despite the accusations made against him which threaten his multi-million euro sporting empire.

US police on Monday re-opened an investigation into accusations by former American model Kathryn Mayorga that the five-time Ballon d'Or winner raped her in a Las Vegas hotel in June 2009.

Ronaldo has strenuously denied the claims, and Juventus have so far stood behind their superstar, who moved to Turin in the summer in a 100-million-euro (USD 115 million) deal from Real Madrid.

He arrived at Udinese's compact Stadio Friuli and was greeted by the enthusiastic cries of dozens of children waiting for the two team buses.

During the warm-up before the game he was even approached by a child who came onto the pitch to ask for his autograph.