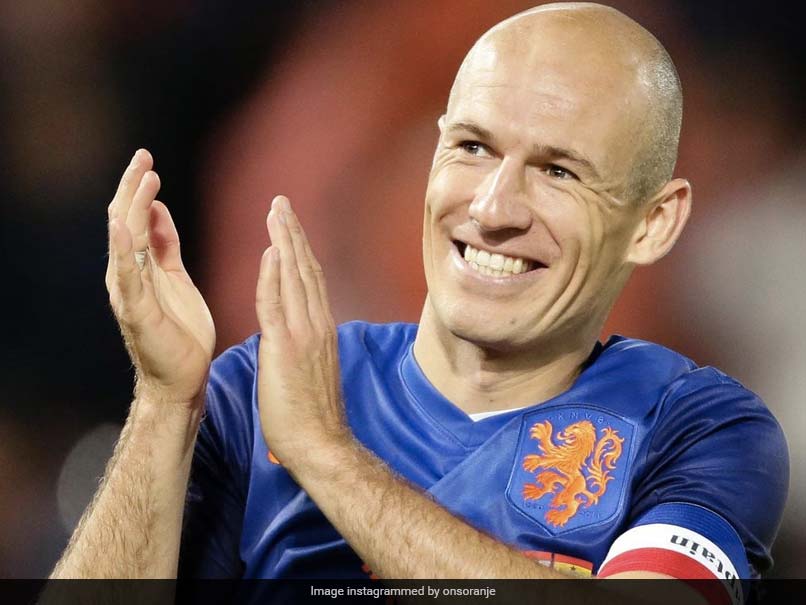 Dutch football great Arjen Robben announced his retirement from his youth club FC Groningen on Thursday, ending an illustrious career spanning two decades. Considered to be one of the best wingers of his generation, Robben rejoined FC Groningen last year after stints that saw him win accolades at Chelsea, Real Madrid and Bayern Munich, in later years. "I've decided to stop with my active football career," Robben said in a Tweet. "It was a difficult choice," said the 37-year-old of his decision, which was also confirmed by FC Groningen.

"Everybody around FC Groningen hoped and wished that Robben would continue for another season, he has decided to stop after much deliberation," the club said in a statement.

One of the fastest and most skillful dribblers in his prime, with a devastating left foot, Robben scored more than 200 goals at club level and 37 for the Netherlands, the last against Sweden in Amsterdam in October 2017.

His first overseas transfer came two years later when he went to Chelsea and played an important role in helping the west London club win the English Premier League in 2005-06.

Robben moved to Real Madrid in 2007 for a reported fee of around 35 million euros, before joining Bayern in 2009, where he played a major role in the southern German club's success.

The bald Dutchman scored his last league goal for Bayern in May 2019, amassing 99 goals in 201 Bundesliga matches.

Robben said a month later he would retire, but he was lured back to play for FC Groningen last year.

Playing for the Netherlands, Robben had a major part in propelling the Dutch team to a World Cup final in South Africa in 2010 and a third place finish in the 2014 World Cup in Brazil.

But the winger had been plagued throughout his career by injury.

"Looking back on the past season, I have to come to the honest conclusion that the number of match minutes was disappointing," Robben said Thursday.

"The football heart wants to continue..., but the decision to quit is fair and realistic," Robben said.

Arjen Robben Football
Get the latest updates on ICC Women's Cricket World Cup 2022 and IPL 2022, check out the Schedule , Live Score and IPL Points Table. Like us on Facebook or follow us on Twitter for more sports updates. You can also download the NDTV Cricket app for Android or iOS.