Frank de Boer stepped down as Netherlands manager after their Euro 2020 Round of 16 elimination by the Czech Republic. 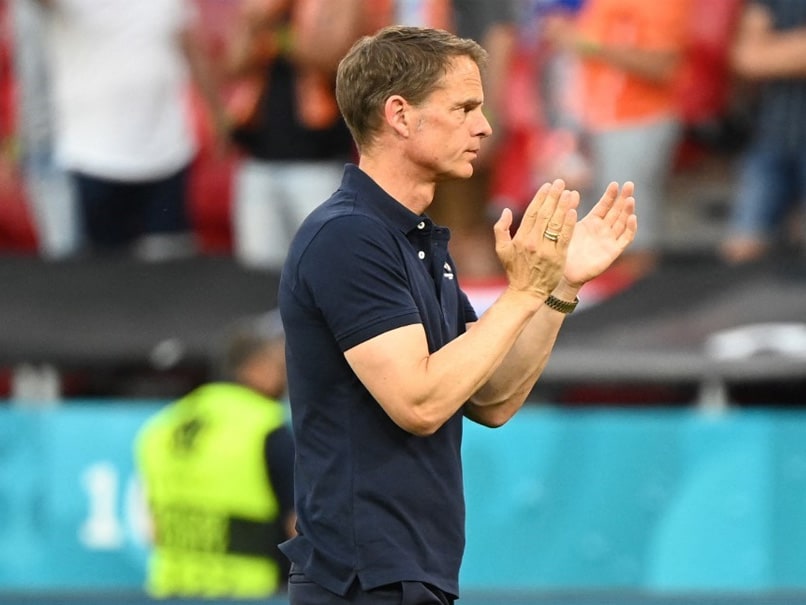 Frank de Boer said the pressure was growing on him after Netherlands' defeat to Czech Republic.© AFP

Dutch coach Frank de Boer stepped down on Tuesday after the Netherlands' dismal Euro 2020 round of 16 elimination by the Czech Republic. De Boer's decision comes as speculation mounted over his future as manager of the Oranje following the team's 2-0 loss in Budapest on Sunday evening. "I have decided not to continue as national coach. The target has not been achieved, that is clear," De Boer, 51, said in a statement released by the Dutch football federation KNVB.

De Boer said when he was appointed in 2020 it was an "honour" but he was also "aware of the pressure that would come upon me from the moment I was appointed".

"That pressure is only increasing now, and that is not a healthy situation for me, nor for the squad in the run-up to such an important game for Dutch football on its way to World Cup qualification."

The KNVB said in any case, De Boer's contract stipulated that the team should reach at least the quarter-finals, adding "the contract will not be renewed".

"It has been decided that both parties will separate," the KNVB added, speaking from its headquarters in Zeist near the central city of Utrecht.

De Boer's short tenure at the helm of the once mighty Dutch football team, which won the European Championship in 1988 but has struggled in recent years, also means that he will not be in charge for the World Cup qualifier against Norway on September 1.

"Despite Frank's hard work the team did not reach the quarter-finals. We hoped for a better Euro and the choice of Frank turned out differently than we hoped," KNVB director Nico-Jan Hoogma said.

Netherlands Frank de Boer Football
Get the latest updates on ICC Women's Cricket World Cup 2022 and IPL 2022, check out the Schedule , Live Score and IPL Points Table. Like us on Facebook or follow us on Twitter for more sports updates. You can also download the NDTV Cricket app for Android or iOS.