Coronavirus: Fans Return To Stadiums In Hungary After Two-Month Break

Some 2,255 spectators attended the game, one of six to take place in Hungary at the weekend, with the stands speckled with scattered fans. 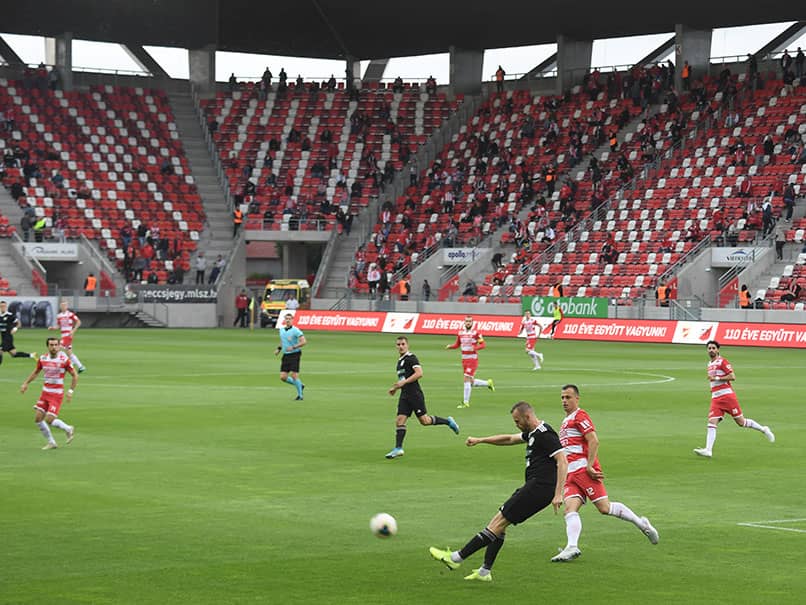 Hungarian football fans returned to stadiums at the weekend after a two-month break.© AFP

Fans returned to Hungarian football stadia at the weekend after a two-month break due to the coronavirus, a first in Europe where other leagues have resumed behind closed doors. The Hungarian Football Association (MLSZ) decided Thursday to allow clubs let fans in for the first time since March on condition that every second row in stadia remains empty, and that only every fourth seat is occupied.

Outside the Diosgyor club stadium in the northeastern city of Miskolc Saturday before its game with Mezokovesd their supporters said they were glad to be back and meet fellow fans again.

"We'll keep the rules as there could be closed-doors games again if we screw up," said Richard Kovacs, 36.

Some 2,255 spectators attended the game, one of six to take place in Hungary at the weekend, with the stands speckled with scattered fans.

"The virus hasn't disappeared so we must keep the distance," said 18-year-old student Csaba Gasparics wearing a Diosgyor facemask.

"We are only worried if we win or loses, not about the epidemic," said Gabor Lengyel, 41.

Apart from in Budapest where Hungary's biggest club Ferencvaros has a large fan base, typical crowds are small with a nationwide average last season of around 3,000.

"We were already maintaining social distancing in the stadiums very well," one web user joked after the MLSZ announcement.

Other European countries that have relaunched their leagues in May, or are about to do so, are playing behind closed doors.

Hungary, which has a population of 9.8 million, had by Sunday recorded 3,876 cases and 526 deaths in the coronavirus pandemic.

Restrictions have gradually been eased across the country and Budapest fully reopened its bars and restaurants on the weekend.