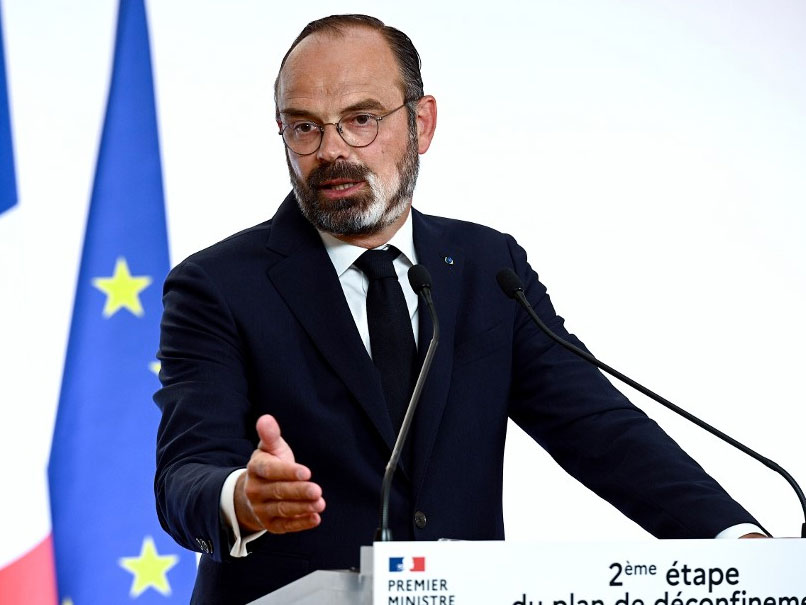 Edouard Philippe made the announce as he outlined relaxations to coronavirus lockdown rules.© AFP

French Prime Minister Edouard Philippe on Thursday reiterated his government's opposition to resuming professional sports seasons in the country. "I don't think the time has come," Philippe said. "I hope it will come soon, and that the start of next season can take place under normal conditions. "It is not for me to pronounce on decisions of leagues and federations." Philippe made the announcement as he outlined relaxations to coronavirus lockdown rules in France. These did not include allowing sports leagues to restart.

Since the French football league ended its season on April 30 under pressure from the government, the Bundesliga has resumed and the Spanish Liga has announced it will kick off in the week of June 8.

Just after Philippe spoke, the English Premier League said it would resume on June 17 and Italy's sports minister said that Serie A will restart on June 20.

Ligue 1 clubs hope to be back on the pitch in June and start the 2020-21 season in August.

While their league season seems to have been ended, Top 14 rugby hopes still to complete its playoffs at some point.

"The championships were interrupted for two and a half months for excellent reasons," said Philippe who did, however, raise the possibility of professional teams resuming training on 2 June under a "strict" medical protocol.

The decision to halt the football league is being challenged in France's administrative supreme court by at least three clubs, led by Lyon.