Messi was pivotal in Barcelona's 1-0 win where he created something out of nothing for Luis Suarez to head home in the 67th minute. 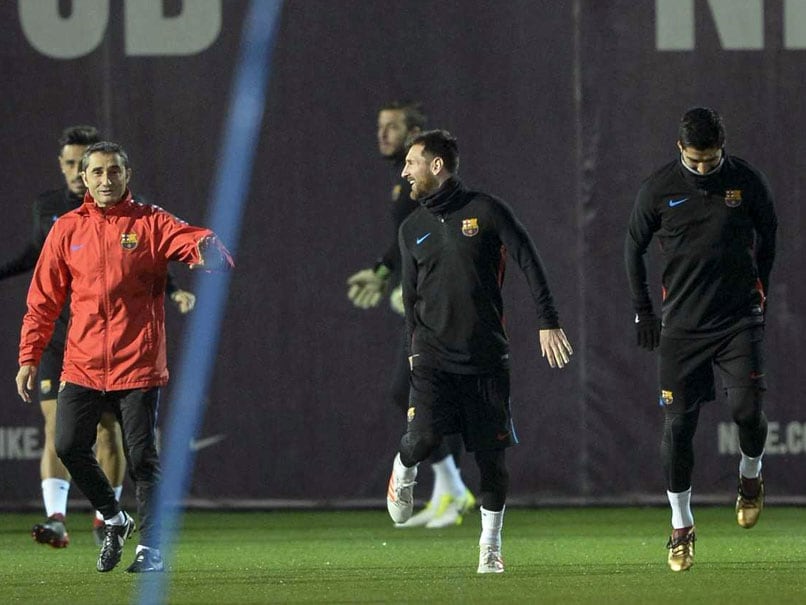 Barcelona manager Ernesto Valverde hailed forward Lionel Messi's performance against Valencia in the Copa del Rey semi-final first leg. The Barca manager said the Argentine is "spectacular" to watch. "What happens with Messi is that every time he gets the ball, you expect him to do something," Valverde was quoted as saying by espnfc in his post-game news conference. "Sometimes that's excessive because you have to let him breathe a bit, but it's spectacular to watch him. From an improbable situation, he's dug out a cross and we've scored," he added.

Messi was pivotal in Barcelona's 1-0 win where he created something out of nothing for Luis Suarez to head home in the 67th minute.

"As much as we wanted to attack well, we didn't want to allow any counter-attacks," Valverde added. "Valencia are dangerous in that regard and that's what they were looking for.

"They defended well, kept their two lines of four together and left very little space through the middle. There was more space out wide and we could have solved things earlier with better luck from one of our crosses.

"We would have liked to have scored more goals but it's still a good scoreline because we won -- and because Valencia did not score. We will try to defend our advantage there next week."

Comments
Topics mentioned in this article
Barcelona Valencia Marcelo Messias Lionel Messi Luis Suarez Football
Get the latest updates on IPL 2021, check out the IPL 2021 Schedule and Indian Premier League Live Score . Like us on Facebook or follow us on Twitter for more sports updates. You can also download the NDTV Cricket app for Android or iOS.