Chelsea and Italy midfielder Jorginho was named UEFA men's player of the year at a ceremony in Istanbul on Thursday. 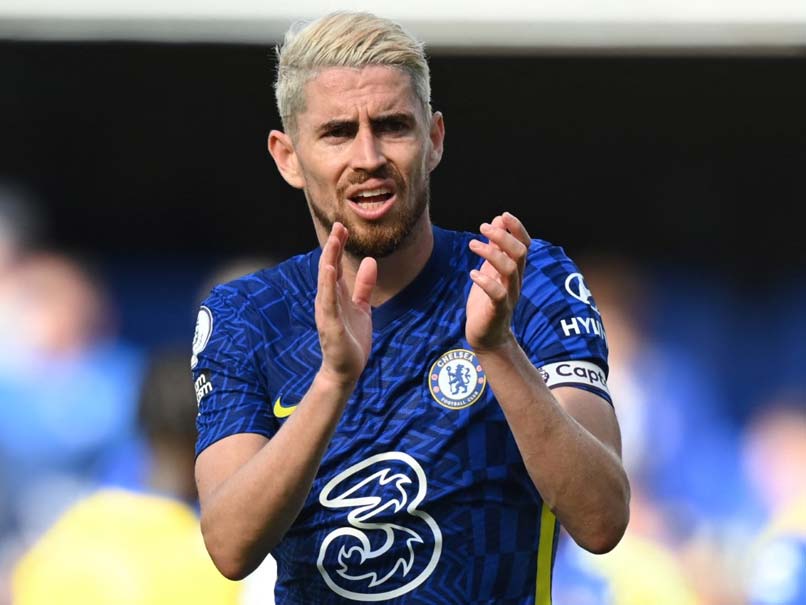 Jorginho won the Champions League with Chelsea before winning Euro 2020 with Italy.© AFP

Chelsea and Italy midfielder Jorginho was named UEFA men's player of the year at a ceremony in Istanbul on Thursday, beating his club colleague N'Golo Kante and Manchester City's Kevin De Bruyne to the prize. Jorginho starred alongside Kante in the Chelsea team that won the Champions League, beating De Bruyne's City in the final in Porto, and then helped Italy win Euro 2020. The prize was voted for by a jury composed of the coaches of the 24 national teams who took part in Euro 2020, 80 coaches of the clubs which played in the group stages of last season's Champions League and Europa League, as well as one journalist from each of UEFA's 55 member associations.

The 29-year-old Jorginho got 175 points, eight more than De Bruyne, with Kante third in the voting.

"It's just really surreal for me based on where I've come from, my background," the Brazilian-born midfielder told UEFA.com.

Barcelona's Alexia Putellas won the women's player of the year prize after captaining her side to Champions League glory, scoring in the 4-0 final win over Chelsea.

The 27-year-old Spaniard pipped her Barcelona team-mates Jenni Hermoso and Lieke Martens, the Dutch international, to the award.

"This prize was won by the whole team, the whole club. It is such an achievement that so many Barca players were nominated for the award," Putellas, who was not present in Istanbul, said in a video message.

Jorginho was also not in attendance in Istanbul, where the UEFA Champions League draw was held, with Turkey on the UK's red list meaning obligatory hotel quarantine for anyone returning from there.

Italy Jorginho Kevin De Bruyne
Get the latest updates on India vs South Africa and check out  Schedule, Results and Live Score. Like us on Facebook or follow us on Twitter for more sports updates. You can also download the NDTV Cricket app for Android or iOS.