Barcelona went on to beat Tottenham 4-2 in an away match. 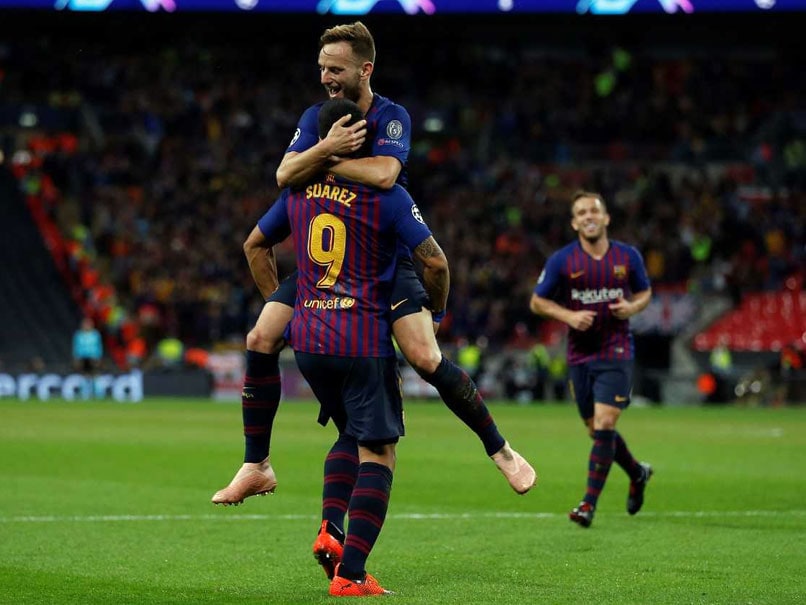 Croatian midfielder Ivan Rakitic stole the limelight on Wednesday in the Champions League fixture as Barcelona defeated Tottenham 4-2 at the Wembley in London. Rakitic (28th minute) helped Barcelona double their lead in the first-half when he struck a thunderous half-volley which ended at the back of the net. The goal came after Brazilian attacking midfielder Philippe Coutinho (2nd minute) opened the scoring for the away side.

One of the fans posted the video of the goal scored by Ivan Rakitic and tweeted, "What a goal by @ivanrakitic."

The goal of @ivanrakitic was an absolute Jaffa! #UCL pic.twitter.com/wiNRHemjsP

Rakitic had joined Barcelona in 2014 from Sevilla. Since then, he has scored 22 times for Barcelona from 142 matches. He has also helped the Catalan giants bag the La Liga title thrice and Champions League title once.

In the match, Barcelona talisman Lionel Messi struck twice in the second-half. The goals came after Messi had earlier hit the post twice.

"After a few bad results it was important to do well today. Our response was very good," said Barca coach Ernesto Valverde.

But Tottenham boss Pochettino claimed his side had made it easy on Messi with the error-prone start that forced them to throw players forward, leaving spaces at the back that the deadly Messi was able to exploit. "Messi doesn't surprise me.

We conceded the first goal and it is very difficult because that sets the game. We paid for that," Pochettino said.

Following the match, Barcelona head Group B on six points alongside Inter Milan, but Mauricio Pochettino's side face a vital double-header against PSV Eindhoven after failing to collect a point from their opening two matches.

Barcelona will next face Valencia in a La Liga fixture on October 8.

Ivan Rakitic Football
Get the latest updates on T20 World Cup, check out the T20 World Cup Schedule and Live Score . Like us on Facebook or follow us on Twitter for more sports updates. You can also download the NDTV Cricket app for Android or iOS.