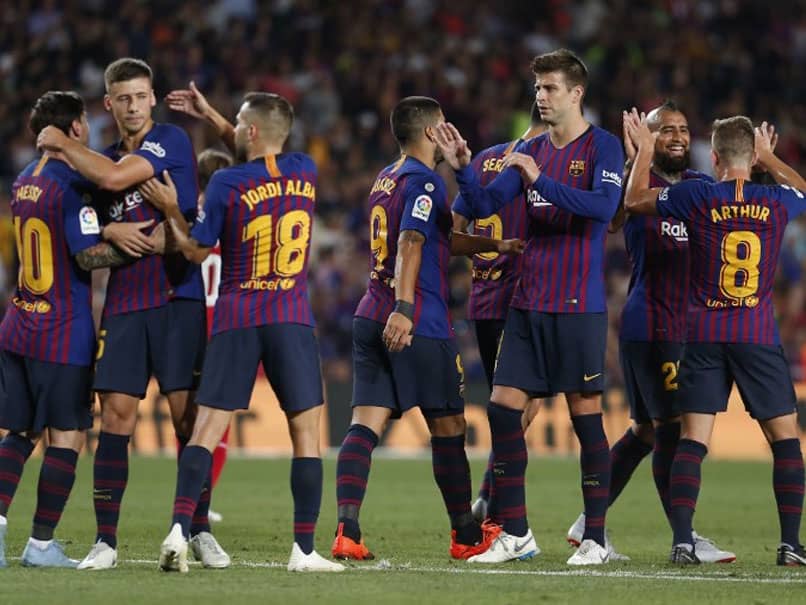 Barcelona's target of a one billion euro turnover by 2021 is still within reach.© AFP

For the current season, expenses are expected to increase to 929 million euros, but will be offset by the increase in revenues, said a statement by the club, which added the target of a one billion euro turnover by 2021 is still within reach.

"The club is very serious (in its management). We have more planned spending, but also more expected income. What we do will never endanger the viability of the club," said club spokesman Josep Vives.

Meanwhile, Barcelona also announced plans to redesign its club crest which will see the acronym "FCB" dropped to further highlight the ball and the Catalan regional flag, and "adapt to a new era."

The initiative responds to "one of the main objectives of the FC Barcelona Strategic Plan, which is the enhancement of its brand internationally," the club said in a statement.

"This evolution is the result of a year and a half of reflection, and we wish to highlight the colours, which are the symbol of our identity, as well as the Catalan regional flag, while giving greater importance to the ball, the central and emblematic element of Barca's style of play," added Vives.