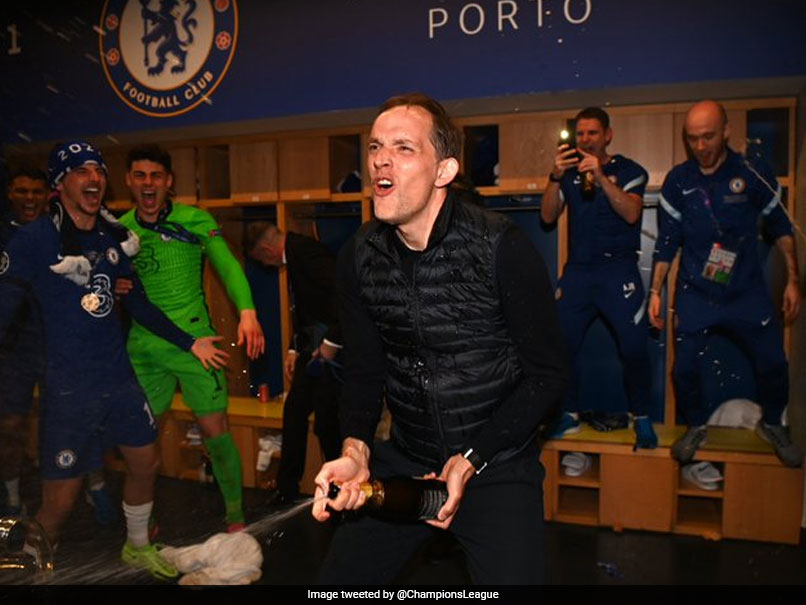 Chelsea players had big celebrations on Sunday after they beat Manchester City 1-0 to win their second Champions League title. The players along with manager Thomas Tuchel were seen breaking into impromptu dance moves with bottles of champagne strewn around as they sang and rejoiced in their moment of glory. Kai Havertz's goal in the first half was the only one scored in the match as Chelsea held on to their lead in the second half to deny Pep Guardiola's Man City a treble of Premier League, League Cup and Champions League.

In another video posted by UEFA Champions League, Chelsea players were huddled together as they celebrated the win and captured the moment in their phones.

The Champions League trophy featured in yet another video where reserve goalkeeper Willy Caballero and other players were seen grooving to a popular song.

The celebrations sprawled from the pitch to the dressing room and on to the streets as Chelsea tasted Champions League success after a gap of nine years.

They had won their first title back in 2012 by defeating Bayern Munich in the final.

"It was an incredibly tough fight, what a fight. Today they were determined to win this. We wanted to be the stone in their shoe," Tuchel was quoted as saying to BT Sport by AFP.

"The effort was huge. We overcame some difficult moments and had a fantastic attitude to defending."

Havertz was "overwhelmed" after the win and said: "I don't know what to say, I waited a long time. I've worked 15 years for this moment."