Champions League Final: Chelsea's Kai Havertz, who scored the goal that won the club their second Champions League title, was "overwhelmed" after the win, saying "I've worked 15 years for this moment". 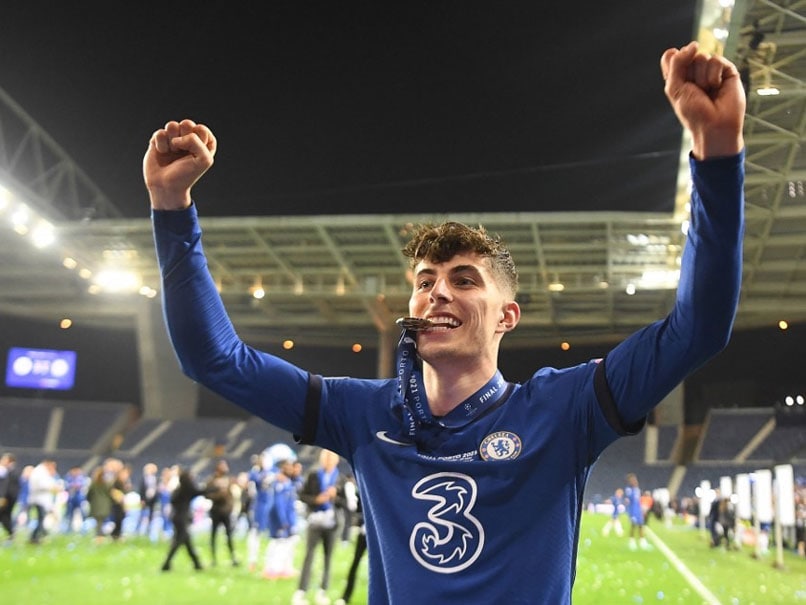 Chelsea's Kai Havertz scored the only goal of the Champions League final on Sunday.© AFP

German forward Kai Havertz said he had "worked 15 years" for the moment when he scored the goal that won the Champions League for Chelsea against Manchester City on Saturday. Havertz's 42nd minute strike -- his first goal for the club in the Champions League -- gave Chelsea their second European crown nine years after they beat Bayern Munich to win their first. "I don't know what to say, I waited a long time. I've worked 15 years for this moment, I am overwhelmed," 21-year-old Havertz told BT Sport.

"Havertz's mentality is top, this guy will be a superstar, he ran like crazy, this is why he deserves this.

French midfielder N'Golo Kante, who was voted the man of the match for his tireless performance for Chelsea, said he felt "joy and pride".

"It's amazing, it's the result of a lot of efforts and difficulties during the season but in the end it is the work of a whole group," Kante told French broadcaster RMC Sport.

"Today we suffered, we battled until the end and we were rewarded with the victory."

He credited the arrival of Thomas Tuchel to replace the sacked Frank Lampard in January for the European triumph, which came after Chelsea scraped to a fourth-place finish in the Premier League and lost the FA Cup final to Leicester.

"It was the arrival of a new coach, a change of tactics and lots of effort," he said.