Barcelona were placed in the toughest section in Thursday's draw in Monaco. 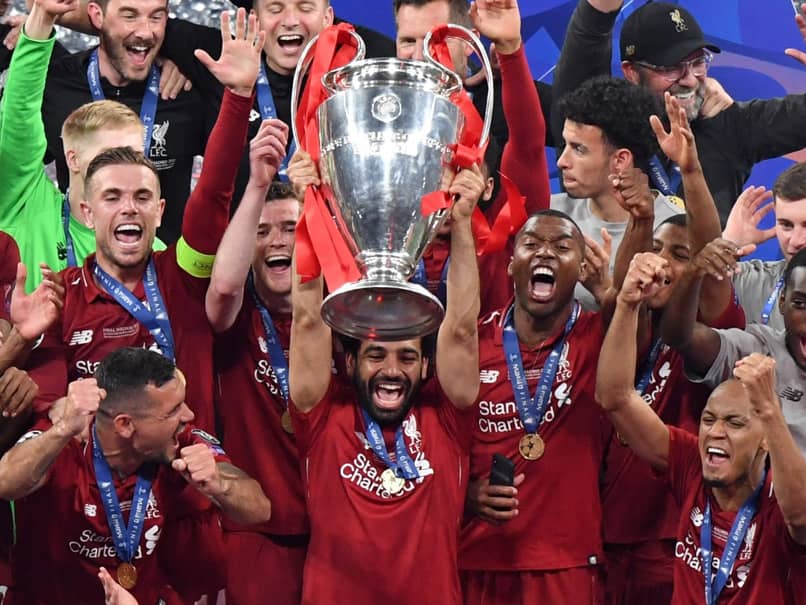 Barcelona will have to come through a group containing both Borussia Dortmund and Inter Milan after the three former winners all came out together in Thursday's UEFA Champions League group stage draw in Monaco, while holders Liverpool will face Napoli again. Barcelona, Dortmund and Inter, with nine European Cups between them, were drawn together in Group F along with the Czech champions Slavia Prague. Beaten by Liverpool in the semi-finals last season, Lionel Messi and Barcelona remain favourites to advance as they seek a first Champions League crown since 2015.

Dortmund won the trophy in 1997 and lost in the final in 2013. Now coached by Antonio Conte, Inter beat Barcelona in the semi-finals en route to winning the most recent of their three titles in 2010.

Liverpool advanced from their group at the expense of Napoli last season on the way to lifting their sixth European Cup in Madrid, and Carlo Ancelotti's side now have a chance to gain revenge.

Both clubs will be fancied to progress from Group E, which is completed by Austrian champions Salzburg and Genk, the Belgian title-holders.

Liverpool are hoping to return to this year's final which will be played in Istanbul, where they won their fifth title back in 2005.

After losing in last season's final, Tottenham Hotspur can look forward to a meeting with German champions Bayern Munich in Group B.

That will be the first meeting of the clubs since the 1983-84 UEFA Cup. They will also meet Greek champions Olympiakos and Red Star Belgrade of Serbia, the 1991 European Cup winners, in Group B.

After winning the Europa League, Chelsea are back in the Champions League and can look forward to taking on last season's semi-finalists Ajax as well as former Champions League runners-up Valencia and Lille in Group H.

Premier League champions Manchester City were handed the kindest draw of all four English representatives, with Pep Guardiola's men coming up against Italian debutants Atalanta along with Shakhtar Donetsk and Dinamo Zagreb in Group C.

City beat Shakhtar 3-0 in Ukraine in last season's group stage before a 6-0 victory in the return fixture.

There will be glamour ties between familiar opponents elsewhere, with Zinedine Zidane's Real Madrid renewing acquaintances with Paris Saint-Germain in Group A.

Real eliminated the French champions in the last 16 on the way to winning the trophy two seasons ago.

Cristiano Ronaldo and Juventus will come up against Atletico Madrid again after beating the Spanish side in the last 16 last season. They will also face Bayer Leverkusen and Lokomotiv Moscow in Group D.

Perhaps the most balanced section sees Zenit Saint Petersburg, Benfica, Lyon and RB Leipzig clash in Group G. The first fixtures in all groups will be played on September 17 and 18.