Alphonso Davies is the latest Bayern star offered an extension after Mueller and Flick both recently signed new contracts. 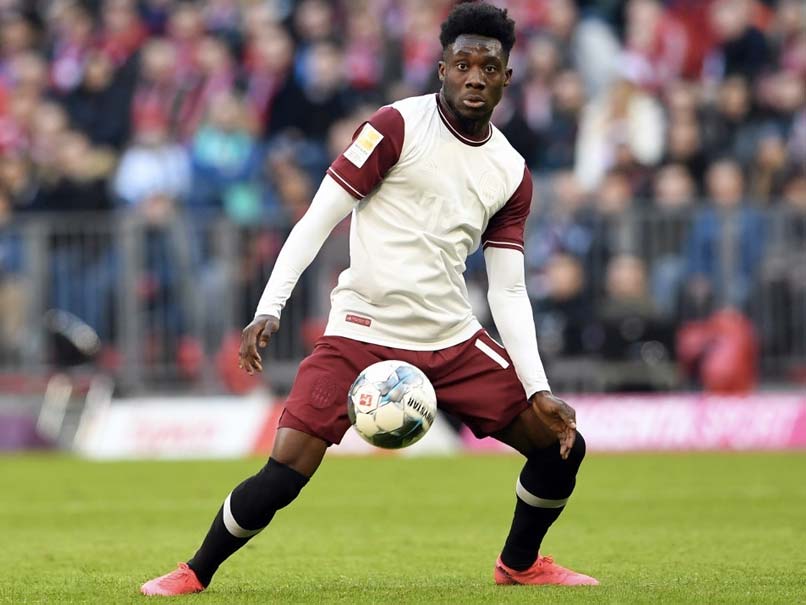 Alphonso Davies says it is a "dream come true" to extend his Bayern Munich contract until 2025.© AFP

Talented Canadian teenager Alphonso Davies says it is a "dream come true" to extend his Bayern Munich contract until 2025, joining Thomas Mueller and coach Hansi Flick who have also prolonged their involvement with the German champions. Davies is the latest Bayern star offered an extension after Mueller and Hansi Flick both recently signed new contracts until 2023. Davies, 19, was originally signed until June 2023, but the versatile teenager has impressed this season, both on the left wing and at left back.

"I'm very happy. Bayern Munich is one of the best clubs in the world, and for me it's a dream come true to play here," Davies said in a statement.

"I want to win as many titles as possible with this club.

"The mentality of always wanting to win everything is in FC Bayern's DNA."

Davies was born in a refugee camp in Ghana in 2000, his parents fled the civil war in Liberia and the family moved to Canada when Davies was five years old.

He joined the German giants from Vancouver Whitecaps in 2019, but has made the breakthrough to Bayern's first team this season.

Before the season was interrupted by the coronavirus pandemic, Davies had started 17 of Munich's 25 league games and made his Champions League debut.

"Alphonso has developed very well at FC Bayern and has earned this contract extension with his impressive performances," said Bayern chairman Karl-Heinz Rummenigge.

"We are happy that he will remain in the long term.

Bayern München Football
Get the latest updates on IPL Auction 2023 and check out  IPL 2023 and Live Cricket Score. Like us on Facebook or follow us on Twitter for more sports updates. You can also download the NDTV Cricket app for Android or iOS.