Striker Robert Lewandowski hinted that he could finish his career at Bayern Munich as the Bundesliga leaders prepare for Friday's away match at bottom side Greuther Fuerth. 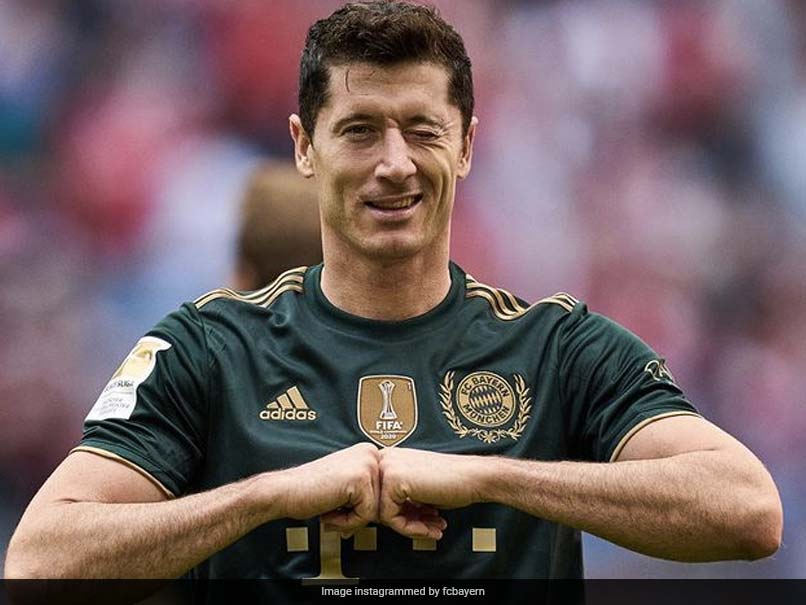 Striker Robert Lewandowski has hinted he could finish his career at Bayern Munich as the Bundesliga leaders prepare for Friday's away match at bottom side Greuther Fuerth. Lewandowski won Europe's "Golden Shoe" on Tuesday as top scorer in European football after he scored a Bundesliga record 41 goals in 29 games last season. The Poland forward is already the German league's joint top-scorer this season alongside Borussia Dortmund star striker Erling Braut Haaland with seven goals in five league games.

The 33-year-old Lewandowski has a Bayern contract until June 2023 and despite having often been linked to a move to Real Madrid in the past, he told reporters that he "doesn't need to prove myself in another league".

"I can compete with the best from other leagues in the Champions League. I'm 100 percent focused on Bayern Munich - I don't think about anything else, but my team," he added.

Lewandowski caused a stir when he brought his newly-won Golden Shoe award to training on Wednesday and his Bayern team-mates queued up for photos with the trophy.

The Bavarian giants grabbed top spot in the Bundesliga last weekend with a 7-0 demolition of Bochum.

Bayern have chalked up 38 goals in their first eight games this season in all competitions and more goals are expected at Fuerth on Friday.

Since winning promotion last season, Fuerth have taken one point from a home draw against Bielefeld in their first five Bundesliga games.

Defending champions Bayern start as clear favourites, but wait on the fitness of Serge Gnabry, who was absent with flu on Wednesday, as was attacking midfielder Jamal Musiala and reserve goalkeeper Sven Ulreich, who picked up ankle and knee injuries respectively after colliding in training at the start of the week.

Lewandowski was not the only Bayern star to win an award this week as club captain Manuel Neuer was on Wednesday awarded the Bavarian Order of Merit for his services to the southern German state.

During the ceremony, Neuer said his goal is to win the World Cup again and repeat Germany's 2014 trumph in Brazil.

"That's something that's on my to-do list," Neuer said.

Robert Lewandowski Erling Braut Haaland Manuel Neuer Football
Get the latest updates on ICC T20 Worldcup 2022, check out the Schedule and Live Score. Like us on Facebook or follow us on Twitter for more sports updates. You can also download the NDTV Cricket app for Android or iOS.