Bundesliga Could Return By "Middle Or End Of May", Say Germany's Sports Ministers

The sports ministers of Germany's 16 states met Monday and announced in a statement that it is "justifiable" for the league to resume "in empty stadiums" from "the middle or end of May". 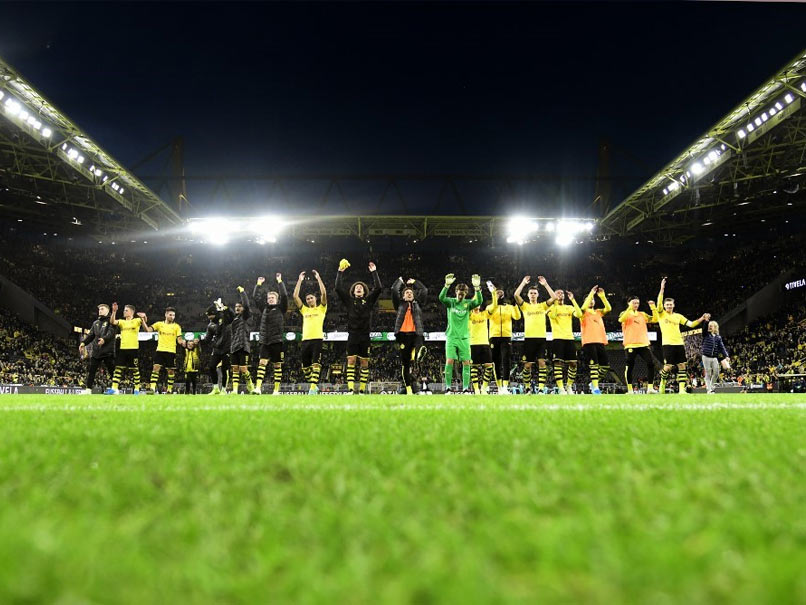 German football authorities are hoping to restart Bundesliga as early as May 9.© AFP

The Bundesliga could return by "the middle or end of May", Germany's sports ministers have said, as the league awaits the go-ahead from Angela Merkel's government to resume the season. The sports ministers of Germany's 16 states met Monday and announced in a statement that it is "justifiable" for the league to resume "in empty stadiums" from "the middle or end of May".

"The German Football League must create and enforce the strictest hygienic and medical conditions, and monitor them with appropriate measures," added the statement.

German Chancellor Merkel will meet state leaders in Berlin on Thursday, when it is hoped the Bundesliga will get the green light to resume.

All football in Germany ground to a halt in mid March due to the coronavirus pandemic.

Last week, the German Football League (DFL) announced it is ready to resume from May 9, albeit behind closed doors with tight hygiene measures and players tested regularly.

A return in May would make the Bundesliga the first top league in Europe to resume as Germany cautiously eases lockdown measures.

Key politicians, including health minister Jens Spahn, have backed the league's return plans, which are currently being reviewed by the Ministry of Labour.

However, both newspapers Bild and Munich-based Sueddeutsche Zeitung claim May 9 is "probably" too soon for a restart.

"It will no longer exist in the form we have known it," Watzke told Sky Sports News, warning that several clubs could go under.

Germany's top clubs are desperate for the league season to be completed by June 30 in order to claim an instalment of television money worth 300 million euros ($325 million).

Magazine Kicker claims 13 of the 36 clubs in the top two leagues are on the verge of insolvency due to the crisis.

Nevertheless, there is heated debate about whether the Bundesliga should resume amid the pandemicwhich has so far claimed just under 6,000 lives in Germany.

Annalena Baerbock, the co-leader of the Green Party, says "it is deeply unfair" for professional football to restart when "a child is not even allowed to play on a lonely swing" with playgrounds still closed.

Christian Seifert, CEO of the German League, says such arguments are understandable.

"The fact that the Bundesliga can play again means it is compared to other areas" in German society, said Seifert, but "what we are doing is not arrogant or presumptuous".