The accusation against Paris Saint-Germain forward Neymar has grabbed headlines in Brazil. 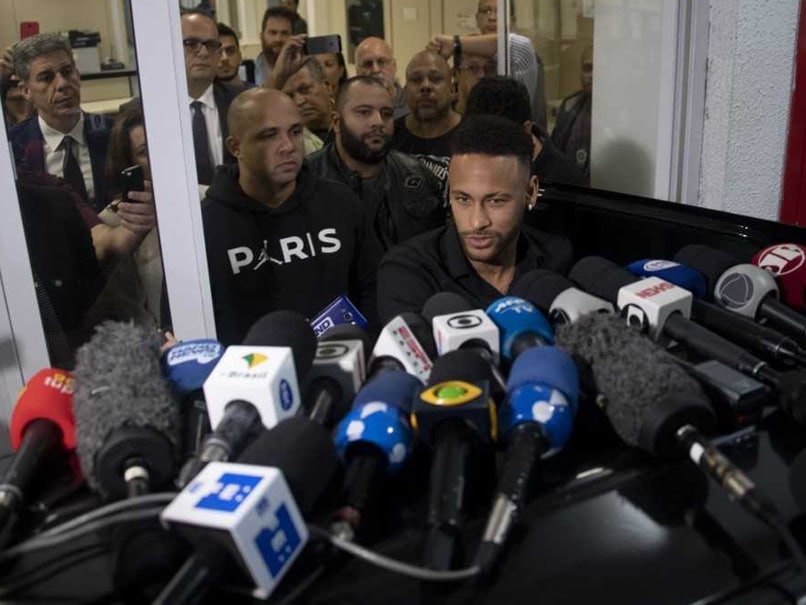 Neymar is missing Copa America tournament due to an ankle injury.© AFP

Brazilian police said on Thursday they had filed a defamation suit against the woman who has accused football star Neymar of rape, after she insinuated the force was corrupt. During an interview with television channel SBT, Najila Trindade said: "The police are bought, aren't they? Or am I crazy?" The police filed a complaint, issuing a statement on Thursday defending its "absolute transparency, neutrality and impartiality".

On Tuesday, Trindade had seen a third lawyer drop her case as Danilo Garcia de Andrade said he was no longer representing her.

The lawyer wanted to see the content of a seven-minute video filmed during the model's second meeting with the Paris Saint-Germain star.

Trindade maintains the recording -- a few seconds of which have been leaked on social media -- includes conclusive evidence that she was assaulted.

The accusation against Paris Saint-Germain forward Neymar has grabbed headlines in Brazil, which is currently hosting the Copa America, a tournament the 26-year-old is missing due to an ankle injury.

Trindade filed the complaint against Neymar on May 31, saying he assaulted her after inviting her to visit him in Paris.

Brazil Neymar Football
Get the latest updates on IPL 2021, check out the IPL 2021 Schedule and Indian Premier League Live Score . Like us on Facebook or follow us on Twitter for more sports updates. You can also download the NDTV Cricket app for Android or iOS.