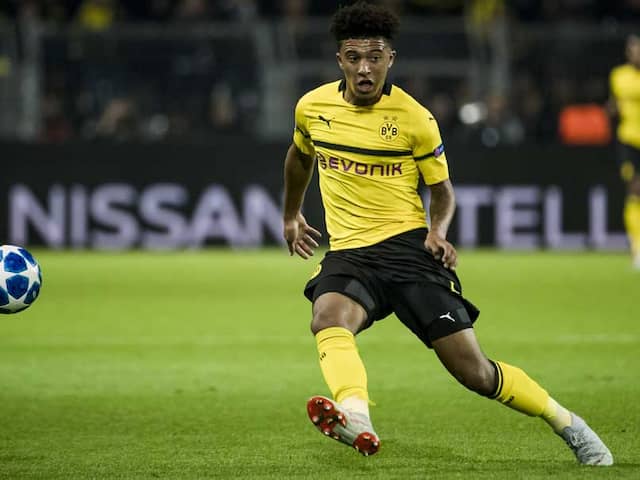 Borussia Dortmund teenager Jadon Sancho was a surprise selection as England manager Gareth Southgate named a 25-man squad on Thursday for this month's Nations League matches away to Croatia and Spain. Mason Mount and James Maddison were also given their first senior England call-ups by Southgate as it was announced that the 48-year-old had signed a new contract that will keep him with the national side until the 2022 World Cup in Qatar. The 18-year-old Sancho was called up having already played in the Champions League for German club Dortmund, with Mount rewarded for some strong displays at English second-tier club Derby after joining on loan from Premier League giants Chelsea.

Maddison was selected after a fine start with Leicester in the Premier League this term after signing for the Foxes from Norwich.

Southgate insisted he had no qualms in selecting youngsters for international duty.

"You never know with young players what they are capable of until they have an opportunity," the manager told a news conference at the national St George's Park training centre.

"We gave Joe Gomez his debut against Brazil and he was man-of-the-match. We have done that through the last few years. It may be a bit early for them but they are having a big impact in important matches."

The former England defender added: "Mason took a penalty at Old Trafford last week and he looked like he'd been there all of his life. Jadon has had a similar impact for Dortmund in big matches.

"I think very often we hold youngsters back too much. I'm always trying to find that balance, the messaging has to be correct, but it's good for their development to see how they train with us."

Harry Winks, capped once by England, was recalled after starting for Tottenham against Barcelona in the Champions League on Wednesday, while Chelsea's Ross Barkley could win his first cap since a friendly against Australia in May 2016.

Dele Alli has been sidelined by a hamstring problem, while fitness doubts have seen the likes of Fabian Delph, Adam Lallana and Jesse Lingard omitted.

England, second in group A4 of the Nations League, face third-placed Croatia in Rijeka on Friday 12 October before playing leaders Spain in Seville three days later.

England squad for Croatia and Spain