The 17-year-old Jude Bellingham has signed a "long-term contract" and is to join the first team squad from July 30, Borussia Dortmund said in a statement. 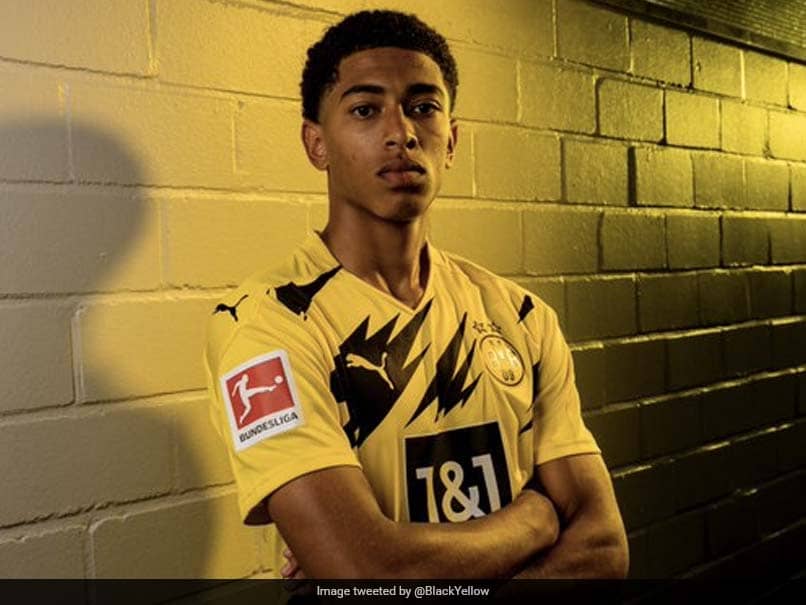 Borussia Dortmund completed the signing of Jude Bellingham from Birmingham on Monday.© Twitter

Highly-rated English teenager Jude Bellingham has joined Bundesliga runners-up Borussia Dortmund from English Championship side Birmingham City, the German club announced Monday. The 17-year-old has signed a "long-term contract" and is to join the first team squad from July 30, Dortmund said in a statement. Neither club disclosed further details, but the transfer fee is reported to be around 22 million euros ($25 million). "I can't thank Birmingham City enough for what they have done for me, not just this past year but since the age of seven," said Bellingham.

"However, I'm incredibly excited to have joined one of Europe's biggest clubs. The direction they are heading in and how much they help to improve young players made it an easy decision for myself and my family."

After the success of Jadon Sancho, who broke into the England team in 2018 on the back of his Dortmund performances, Bellingham hopes to be the latest young English player to follow in his footsteps.

"Jude has enormous potential, and we want to help him develop in the coming years," said Dortmund sporting director Michael Zorc.

"He is already an astonishingly high-quality player both on and off the ball, and is also notable for his strong mentality," Zorc added.

"We see Jude as an immediate improvement for our first team, but we will also give him the time he needs to adapt to this higher level."

Midfielder Bellingham has long been linked with a move to Dortmund, having impressed at Birmingham over the last 12 months.

A product of the club's own academy, he became Birmingham's youngest ever first-team debutant last August, and has since made three appearances for England Under-17s.

His displays for the Midlands club also attracted the attention of Manchester United, who reportedly tried to sign him in January.

"We are naturally sorry to see one of our own leave but we have no doubt this is just the start of what will be an outstanding career," said the Championship club.

England Football
Get the latest updates on India vs England Series, India vs England , live score and IPL 2021 Auction . Like us on Facebook or follow us on Twitter for more sports updates. You can also download the NDTV Cricket app for Android or iOS.