France and Belgium ended up with the identical number of points to finish joint toppers. 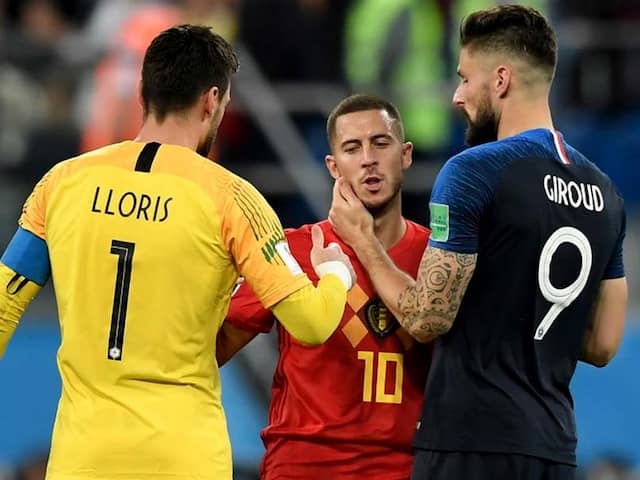 It is the first time since the rankings were introduced in 1992 that the top spot has been shared.© AFP

Belgium, who finished third in the FIFA World Cup in Russia, have joined world champions France as joint leaders of the FIFA world rankings released Thursday. It is the first time since the rankings were introduced in 1992 that the top spot has been shared. Roberto Martinez's side moved up one place to top the ranking for the first time since 2015. In July this year, Didier Deschamps' France defeated Croatia 4-2 in the final and lifted their second world title at the Luzhniki stadium in Moscow.

Belgium have notched up a pair of wins, including victory over Iceland in the inaugural Nations League competition to bring them level with the French, the team who beat them in the World Cup semi-finals.

The only other change in the top 10 sees Denmark drop below Spain into 10th place.

Germany, who fell from first to 15th place in August after their group stage exit from the World Cup, have moved up to 12th.

Outside of the top ten, two Nations League wins for Ukraine (29th, up six) over Czech Republic (47th, down three) and Slovakia (26th, unchanged) means that they are the month's biggest movers, while Germany (12th, up three) have started to edge back towards a single-figure ranking after their World Cup debacle.

FIFA world rankings as of September 20