Hansi Flick, an assistant with the Germany team that won the 2014 World Cup, took charge after Niko Kovac was sacked in early November. 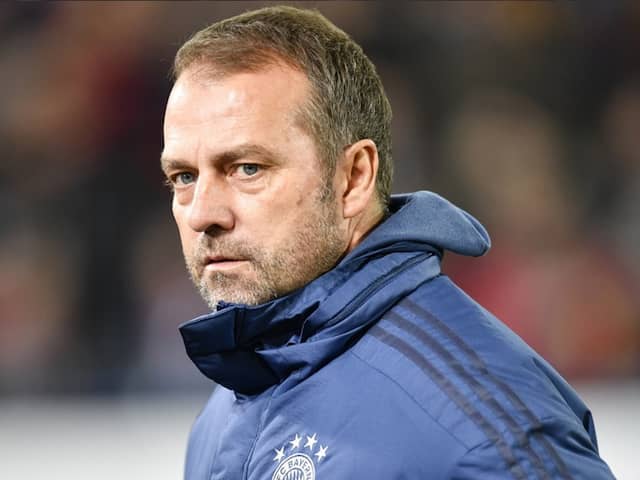 Hansi Flick got off to a flying start by winning his first four games at a canter last month.© AFP

The 54-year-old, an assistant with the Germany team that won the 2014 World Cup, took charge after Niko Kovac was sacked in early November.

Under Flick Bayern reached the last 16 of the Champions League and became the first German club to win all six matches in the group stage.

"Under him as head coach, the sporting development is outstanding, both in terms of the quality of our game and the results achieved.

"In the Champions League group stage, we set a new record.

"I am convinced that FC Bayern will continue next year where it left off in the last few games, namely playing attractive and successful football."

Flick got off to a flying start by winning his first four games at a canter last month with Bayern scoring 16 goals and conceding none.

However back-to-back league defeats, both by a 2-1 margin, at home to Bayer Leverkusen and away to Borussia Moenchengladbach dampened the mood before Bayern won their last three games of 2019.

Several key Bayern players, most noticeably Thomas Mueller and Philippe Coutinho, who has rebooted his career on loan from Barcelona, have flourished under Flick.

"The fact that our players have presented themselves so convincingly in the past few weeks shows that we are on the right track with Hansi Flick.

"I am convinced that we can achieve our sporting goals with him, whether in the Bundesliga, German Cup or the Champions League."

Bayern face Chelsea in the last 16 in Europe in a repeat of the 2012 final won by the Blues.

After the Christmas break Flick will take his squad to Doha from January 4-10 for a training camp before their first league game of 2020, against Hertha Berlin on January 19.

"I am happy that FC Bayern continue to place their trust in me as head coach," said Flick.

"I really enjoy working with the team and the coaching staff.

"Now we're recharging the batteries again and then we will try to bring as many victories and titles to Munich as possible."

There was more good news for Bayern on Saturday night as top scorer Robert Lewandowski, who has 19 goals in 17 league games, successfully underwent a groin operation.

The Poland star is expected to take part in the winter camp.