Philippe Coutinho was everywhere for his team, chalking up two assists in addition to his three goals as Bayern pulled to within 4 points of leaders Borussia Moenchengladbach. 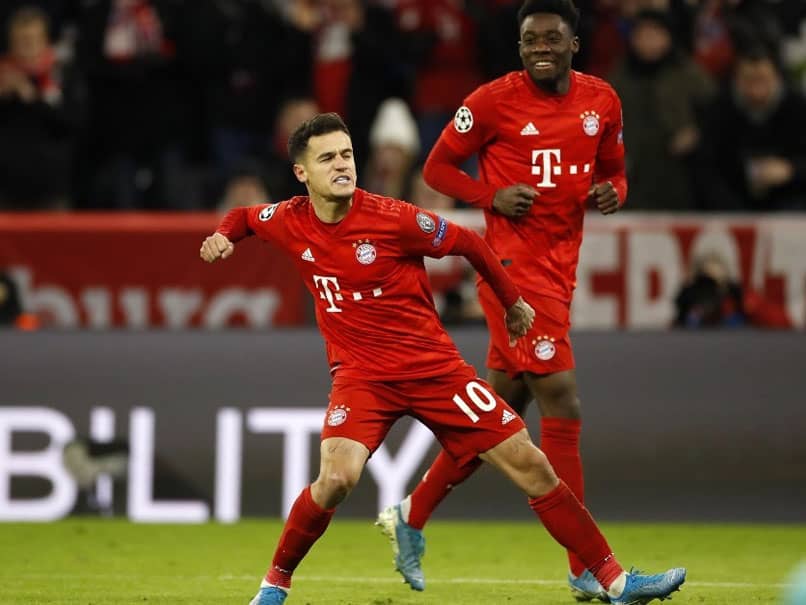 Philippe Coutinho scored a hat-trick as Bayern Munich signalled their return to form with a 6-1 thrashing of Werder Bremen in the Bundesliga on Saturday. The Barcelona loanee was everywhere for Munich at the Allianz Arena, chalking up two assists in addition to his three goals as Bayern pulled to within four points of leaders Borussia Moenchengladbach. After Bremen's Milot Rashica opened the scoring in the 24th minute for the visitors, it appeared it could be another long afternoon for the champions, who had lost their previous two games in the Bundesliga.

Two goals in three minutes at the end of the first half however turned the game on its head, with Coutinho and Robert Lewandowski both scoring to fire Bayern into a 2-1 lead.

Bayern ran riot after the break, adding four more goals - including two more for Coutinho, one more for Lewandowski and a goal for Thomas Mueller. Coutinho's second, a brilliant chip over keeper Jiri Pavlenka, came right out of the Brazilian trickster's top drawer.

"It was great fun for everyone to see how he performed. What made me particularly happy was the way that the team really celebrated his efforts - it was from the heart.

"We're all incredibly pleased with the effort he put in today."

Coutinho's form has been questioned since he arrived from Barcelona in the summer, however he was given a standing ovation by the Bayern crowd when subbed off in the 82nd minute.

He was brought off for another summer arrival Sarpreet Singh, who became the first player of Indian descent -- and just the second New Zealander -- to play in the Bundesliga.

Bayern defender David Alaba said after the game that his side didn't panic when they went behind, knowing they had the quality to reel in the visitors.

"You saw the character that our team has - we completely turned the match in the moments before half-time," he said.

Marco Reus scored his first away goal of the season with a stunning volley from the edge of the box, before Jadon Sancho, Thorgan Hazard and Nico Schulz all scored in the second half.

Sancho has now scored in six games in a row for Dortmund, while Schulz's goal was his first in Dortmund colours.

In Berlin, Hertha registered their first win under former German national team coach Jurgen Klinsmann, winning 1-0 over a disappointing Freiburg. A goal from Vladimir Darida in the 53rd minute was enough to see Berlin claim the three points.

Struggling Cologne picked up a vital three points at home against nine-man Bayer Leverkusen to take them off the bottom of the table. Leverkusen lost Aleksandar Dragovic and Leon Bailey to red cards in a 15-minute period in the second half and were unable to hold on as Cologne won 2-0.

Union Berlin's recent run of victories came to an end following a 1-1 draw against lowly Paderborn. Union, who had won four of their last five before travelling to Paderborn, started well, scoring through Marcus Ingvartsen in the seventh minute, before Paderborn equalised via Kai Proger in the 33rd.

RB Leipzig have the chance to go top in Saturday's late game when they take on Fortuna Duesseldorf. Gladbach are in action away to Wolfsburg on Sunday.

Robert Lewandowski Football
Get the latest updates on India vs Australia Series, check out the India vs Australia Schedule for 2020-21 and Ind vs Aus live score . Like us on Facebook or follow us on Twitter for more sports updates. You can also download the NDTV Cricket app for Android or iOS.