Bayern Munich confirmed that veteran French star Franck Ribery will end his 12-year spell at the club at the end of this season. 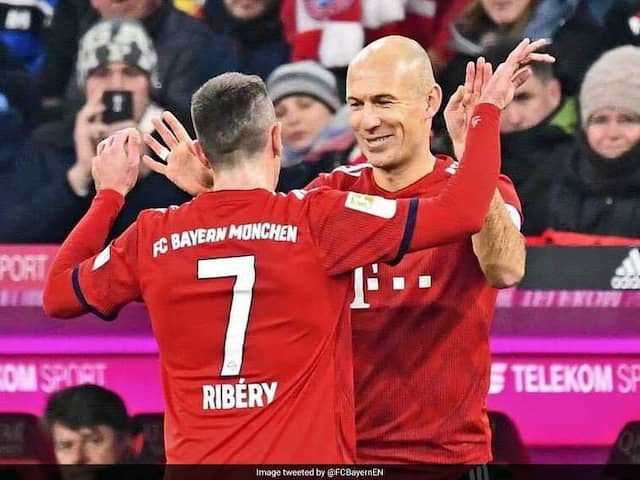 Bayern Munich confirmed that veteran French star Franck Ribery will end his 12-year spell at the club at the end of this season, and announced that he and fellow stalwart Arjen Robben will be granted a farewell match next year. In a statement on their website on Sunday morning, the Bundesliga club announced that the Frenchman would not extend his contract beyond June 2019.

"When I came to Bayern it was a dream come true," said Ribery, 36, who joined in 2008 and has won eight Bundesliga titles in the 12 years since.

"It won't be easy to leave, but we must never forget what we have achieved together."

Robben, 35, confirmed his impending departure at the end of last year, and it was widely expected that Ribery would follow suit, as Bayern prepare for a squad overhaul ahead of next season.

The two wingers have been defining stars in a dominant decade for Bayern, winning the Champions League in 2013 as well as a host of domestic titles.

Bayern announced that they would organise a "big farewell game" for both Ribery and Robben, to be held in 2020.

"Franck and Arjen are great players, and Bayern Munich have a lot to thank them for," said club CEO Karl-Heinz Rummenigge.

"They helped shape the most successful decade in the history of the club."

Robben made an emotional return from injury and Ribery scored in a 3-1 win over Hanover on Saturday.

The win lifted Bayern four points clear of title rivals Borussia Dortmund, and put them on the brink of a seventh successive Bundesliga title.

Arjen Robben Football
Get the latest Cricket news, check out the India cricket schedule, Cricket live score . Like us on Facebook or follow us on Twitter for more sports updates. You can also download the NDTV Cricket app for Android or iOS.