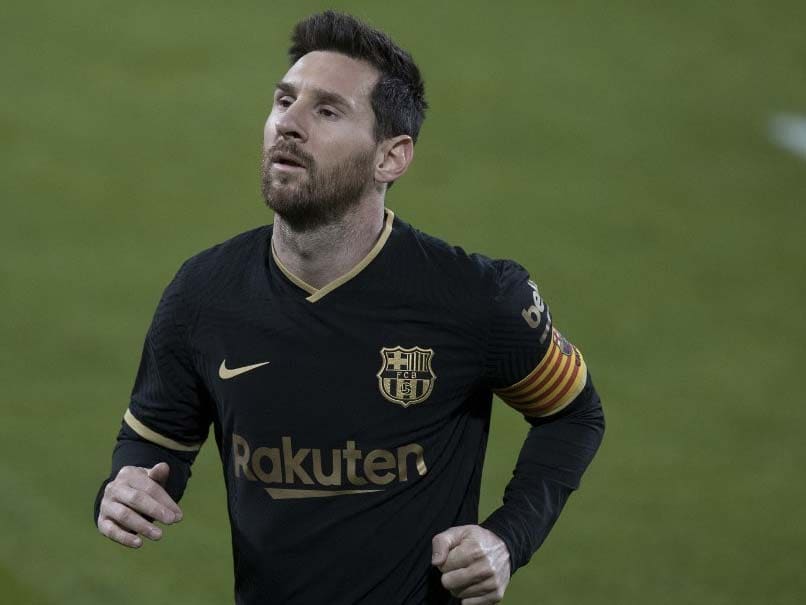 Lionel Messi will be hoping to shine against Cristiano Ronaldo, in Turin.© AFP

Lionel Messi's rivalry with Cristiano Ronaldo has enthralled football for the better part of a decade, and the pair will duel for potentially the final time when Barcelona host Juventus in the Champions League on Tuesday. The two titans of the modern game, who split ownership of the Ballon d'Or between 2008-2017, were the talismans of Spanish giants Barcelona and Real Madrid until Ronaldo left the Spanish capital for Juventus in 2018. After the Portuguese forward arrived from Manchester United in 2009, El Clasico became synonymous with his rivalry with Barcelona captain Messi. Since Ronaldo's departure, the fixture has lost some of its glamour, leaving the football world eager for the pair to be pitted against each other again.

Those hopes were frustrated earlier in the group phase, with Ronaldo missing Barcelona's 2-0 win in Turin after testing positive for Covid-19. Messi scored with a penalty. They are poised to meet again this week.

Both sides have already qualified for the last 16 from Group G but Juventus can overtake Barcelona if they win at Camp Nou by three goals or more, or by any two-goal margin other than 2-0.

Ronaldo and Messi are in the latter phases of their careers, at 35 and 33 respectively, but both retain their elite status.

Messi has six Ballons d'Or to his name and is the current holder, while Ronaldo finished third in the 2019 awards, boasting five.

He is thriving in Italy, having quickly become key for Juventus, who presented him with a commemorative shirt on Saturday to recognise his 750th career goal, ahead of a 2-1 win over neighbours Torino.

"Ronaldo is the top player for mentality," his former Juventus coach Massimiliano Allegri told The Times.

"Ronaldo has a different head to everyone. He's won five Ballons d'Or, five Champions Leagues and one European Championship for Portugal, and that is so difficult, and it's always him making the difference. Every year he has a new objective."

Ronaldo netted 21 goals in his debut season for Allegri to take Juventus to the title, followed by 31 last season under Maurizio Sarri as they lifted the Scudetto for the 36th time.

With eight goals in six appearances this season for Andrea Pirlo, Ronaldo is showing no signs of slowing down. By contrast, Messi is struggling in Spain.

The Barcelona forward tried to escape this summer but his club refused to let him leave and Messi appears an uncomfortable fit in new coach Ronald Koeman's tactical plans, and far from his decisive best.

Barcelona are enduring their worst start to a league season for 33 years and Messi's inconsistency is part of the problem, with four goals in 10 appearances and two of those from the penalty spot.

Carles Tusquets, president of the managing board in charge before club elections in January, said he would have sold Messi in the summer, economically speaking.

"Financially, him leaving would been good for the club," Tusquets told Catalunya Radio. "We'd be better off because we said that his salary is the highest in the world. Nothing could be truer."

However, the Argentina forward, who failed to find the net in a dismal 2-1 defeat by promoted side Cadiz on Saturday, remains, and the chance to joust with his old foe Ronaldo may rouse him.

While Ronaldo was in Spain he and Messi drove each other to greater and greater heights, in what was football's greatest rivalry between individuals. On Tuesday, they cross swords once again, perhaps as a last encore.