The average annual basic first-team salary at Barcelona was more than 10.45 million pounds in late November of the 2018-19 season. 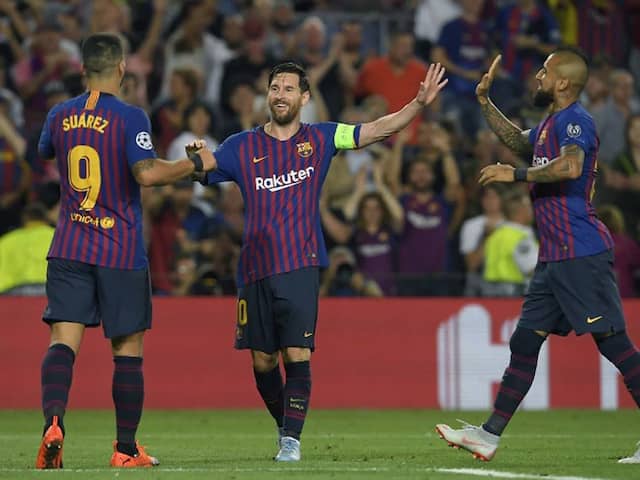 Barcelona are the best-paid team in global sport.© AFP

Barcelona are the best-paid team in global sport and the first to have average basic annual pay of more than 10 million pounds (USD 12.8 million) according to a global survey published on Monday. The Spanish giants return to the top of the pay rankings in the ninth edition of Sporting Intelligence's Global Sports Salaries Survey (GSSS) for the first time since 2012. The average annual basic first-team salary at the Camp Nou was more than 10.45 million pounds in late November of the 2018-19 season, the British-based researchers said.

Barcelona are well clear at the top of this year's list but domestic rivals Real Madrid have climbed to second place. Average basic pay at the Bernabeu is just over 8 million pounds per year.

The metric used by the GSSS is average first-team pay. It looks solely at earnings for playing sport, not for endorsements or other extra-curricular activities.

"In last year's list, Barcelona were the world's best-paid football team but it has still taken an extraordinary combination of new contracts and signings to lift their average basic pay this time above 10m pounds from 6.6m pounds a year ago," the report said.

"Foremost among those contracts was the biggest pay deal in Barcelona's history awarded to (Lionel) Messi, widely regarded now as the best footballer of all time. His gross basic (pre-tax) annual Barca pay tops 50m pounds per year, including guaranteed image rights fees."

Six of the top 10 payers in this year's GSSS are NBA teams - an ongoing consequence of a huge new TV deal in the NBA that kicked in before the 2016-17 season, the report said.

As recently as the 2015 GSSS, there were eight football teams in the top 10 but there are just four this year -- Barcelona, Real Madrid, Juventus and Manchester United.

The NBA has extended its lead as the best-paying league by average salary (5.9 million pounds), ahead of the Indian Premier League cricket competition (3.8 million pounds when weekly pay is annualised) and MLB (baseball).