The 21-year-old will join Barca on July 1 for 75 million euros ($85 million), with a further 11 million euros due to Ajax in additional payments. 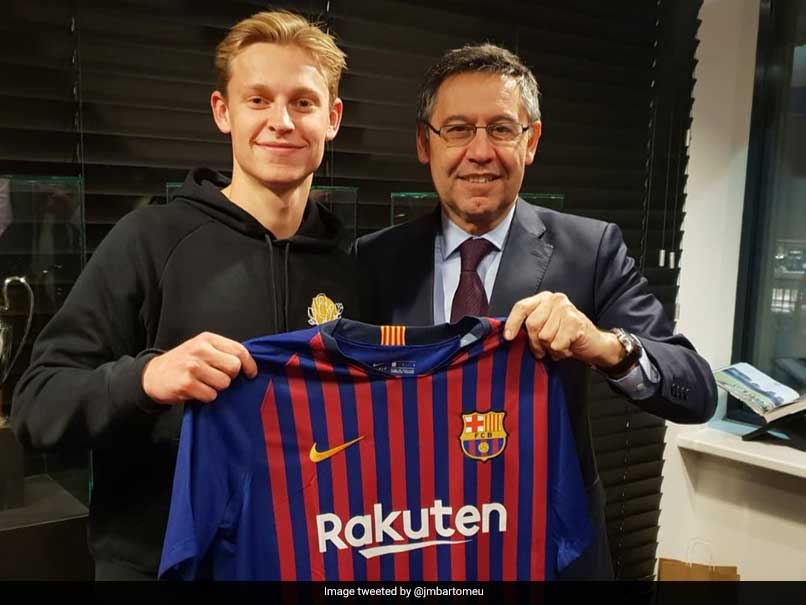 Frenkie de Jong is considered one of the most exciting young players in Europe.© Twitter

Barcelona have won the race to sign highly-rated Ajax midfielder Frenkie de Jong, the Spanish club announced on Wednesday. The 21-year-old will join Barca on July 1 for 75 million euros ($85 million), with a further 11 million euros due to Ajax in additional payments. De Jong, who is considered one of the most exciting young players in Europe, will begin a five-year contract with his new club. "Barcelona and Ajax have reached an agreement for the transfer of midfielder Frenkie de Jong, who will be joining the Catalan club from July 1, 2019," a Barcelona statement read.

"The cost of the transfer is 75 million euros, plus a further 11 million in variables. The player will be signing a contract for the next five seasons, through to 2023/24."

De Jong had attracted interest from a host of European clubs, with Paris Saint-Germain and Manchester Cityreportedly among those keen.

After coming through the ranks at Willem II in the Netherlands, De Jong signed for Ajax in 2015. He has been a first-team regular for the past two seasons.

He will be given an early taste of Spanish football when Ajax face Real Madrid next month in the last 16 of the Champions League.