The Iran-born 19-year-old joined from the champions' sister club Melbourne City and is expected to be sent out on loan. 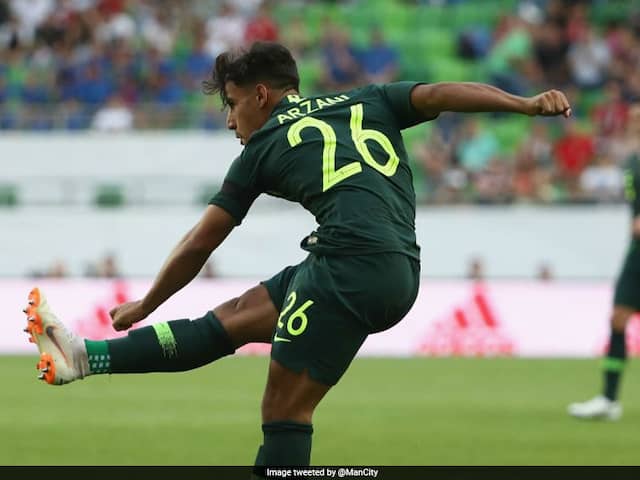 Daniel Arzani was the youngest ever member of an Australia squad for a World Cup finals.© Twitter

Australian teenager Daniel Arzani has been hailed as one of the country's "brightest young stars" by a Manchester City director after he signed for the Premier League champions on Thursday. The Iran-born 19-year-old joined from the champions' sister club Melbourne City and is expected to be sent out on loan. He was the youngest ever member of an Australia squad for a World Cup finals and played in all three of their group matches in Russia. Arzani - who put down his talent to playing street football in his birthplace of Khorramabad -- follows compatriot Aaron Mooy, in treading the same path to City.

Mooy is now at Huddersfield Town where he played a pivotal role in their promotion to the Premier League in 2017.

"In a short period of time, Daniel has developed into one of Australia's brightest young stars and has demonstrated the drive and raw talent required for success at the highest level," Brian Marwood, the managing director of global football for City Group, told the club website.

"This pathway was first forged by Aaron Mooy just two years ago, and we are all delighted to see another Australian-grown talent make this move."

Arzani -- who was also the youngest player at the World Cup finals -- joined Melbourne City in 2016, the following 2017-18 A-League campaign became his breakthrough season, where his exciting attacking play saw him win a host of admirers, culminating in him being named the league's Young Footballer of the Year award.

However, an immediate spell with City will not be the avenue they explore preferring Arzani -- who was six when his parents emigrated to Australia -- accrue experience elsewhere.

"Manchester City are now exploring a development pathway for Arzani, and a further announcement regarding a loan to progress his career will be made in the coming days," said the club in a statement.