The 31-year-old, who failed to make the England squad for the World Cup, has signed a two-year contract. 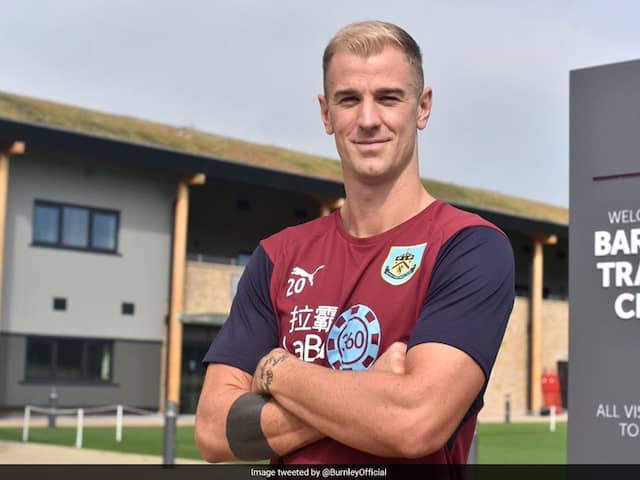 Former England goalkeeper Joe Hart has signed for Burnley from Manchester City, with City chairman Khaldoon Al Mubarak hailing his enormous contribution to the success of the Premier League champions. The 31-year-old, who failed to make the England squad for the World Cup, has signed a two-year contract with Burnley for an undisclosed fee, the club said on Tuesday. The arrival of Hart strengthens Burnley's impressive goalkeeping ranks following a dislocated shoulder sustained by Nick Pope at Aberdeen that will keep him on the sidelines for a time. Hart will be competing with Tom Heaton and Anders Lindegaard for a starting spot under manager Sean Dyche, with a Europa League qualifier looming against Istanbul Basaksehir on Thursday and a Premier League match with Southampton on Sunday.

Both Pope and Heaton are also England internationals.

Hart was at City for 12 years but Pep Guardiola made clear he would no longer be number one when we took over in 2016.

"His 12 years at the club has seen him produce some remarkable performances and heart-stopping saves that will live in the memory for a long time to come.

"His passion for and commitment to this club, evidenced by a remarkable tally of 348 appearances, means he will rightly be regarded as a City legend in perpetuity."

Burnley Joe Hart Football
Get the latest Cricket news, check out the India cricket schedule, Cricket live score . Like us on Facebook or follow us on Twitter for more sports updates. You can also download the NDTV Cricket app for Android or iOS.