Atletico Madrid will appeal to the Court of Arbitration for Sport (CAS) after Kieran Trippier's 10-week ban for breaching betting rules was upheld by FIFA on Monday. 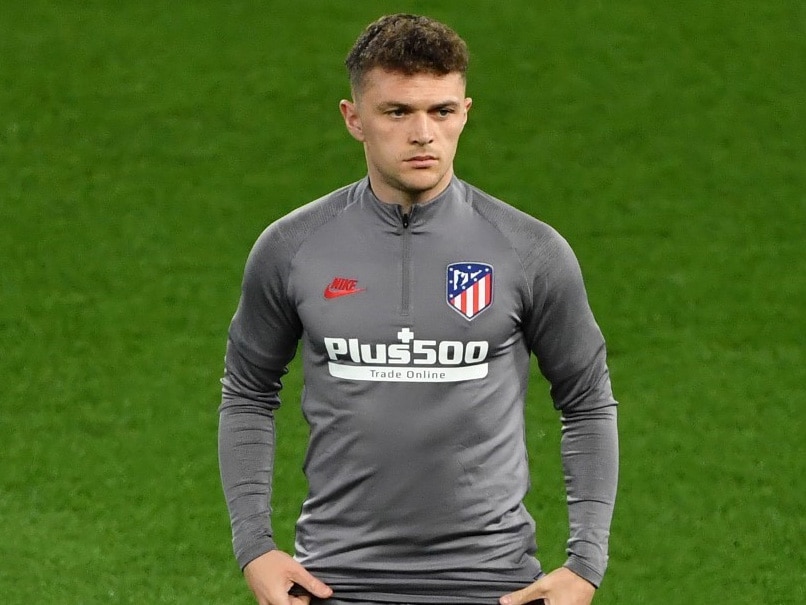 Kieran Trippier is banned until February 28 and is due to miss eight La Liga fixtures.© AFP

Atletico Madrid will appeal to the Court of Arbitration for Sport (CAS) after Kieran Trippier's 10-week ban for breaching betting rules was upheld by FIFAon Monday. Atletico will request Trippier's suspension is again put on hold while the appeal is being heard, raising the possibility of the defender again returning to action.

As it stands, Trippier is banned until February 28 and is due to miss eight La Liga fixtures, as well as Atletico's first leg at home to Chelsea in the Champions League last 16.

FIFA said in a statement on Monday the suspension handed to Trippier by the English Football Association (FA) applies worldwide.

But Atletico will now submit a fresh appeal to CAS, according to a club source, and request Trippier's ban is again put on hold again until it is completed.

Trippier was able to play for Atletico against Sevilla last week after the English FA had failed to delay enforcing his ban until the result of Atletico's appeal to FIFA was known.

FIFA said in a statement on Monday: "The FIFA Appeal Committee has dismissed the appeal lodged by the club Atletico Madrid in a case concerning the player Kieran Trippier.

"As a consequence, the decision of the FIFA Disciplinary Committee passed on 23 December 2020 is confirmed, extending sanctions imposed on the player by the English FA to have worldwide effect."

An extended absence for Trippier would be a huge blow to Atletico Madrid, who sit four points clear at the top of La Liga, with two games in hand over their closest rivals Real Madrid.

Trippier has become a key player for coach Diego Simeone, who said in December he felt the ban was "unfair".

In the written reasons for its decision, the FA said Trippier, 30, exchanged WhatsApp messages with friends about his impending move from Tottenham to Atletico Madrid in 2019.

In one of the messages, Trippier told a friend to "lump on" (bet heavily) regarding his move to Spain.

England Kieran Trippier Football
Get the latest updates on Fifa Worldcup 2022 and check out  Fifa World Cup Schedule, Stats and Live Cricket Score. Like us on Facebook or follow us on Twitter for more sports updates. You can also download the NDTV Cricket app for Android or iOS.