Santiago Solari was speaking at a press conference ahead of Tuesday's meeting with Ajax at the Bernabeu in the Champions League. 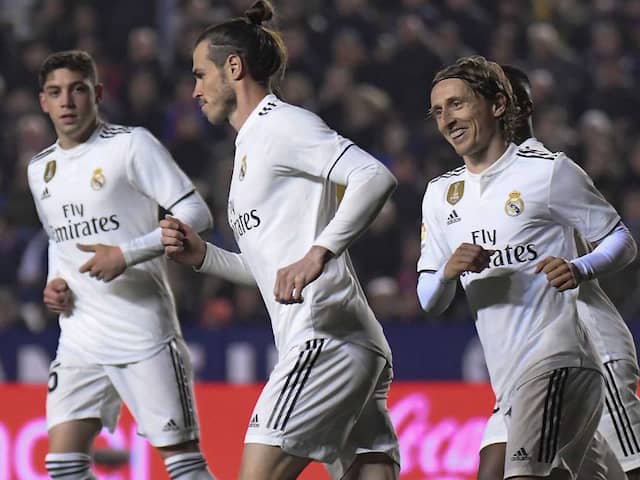 Real Madrid "has always been more courted than Julia Roberts", said coach Santiago Solari on Monday about rumours of a possible return of Jose Mourinho. Solari took over earlier this season and has a contract until 2021, but has just lost two Clasicos at home. He was speaking at a press conference ahead of Tuesday's meeting with Ajax at the Bernabeu in the Champions League, a competition Real have won the last three years and is the club's only hope of a trophy this season.

Mourinho managed Real for three stormy seasons from 2010 to 2013. Over the weekend he was a guest pundit on Qatar-based beIN Sport where he analysed Real's latest loss to Barcelona.

"Return to a club that I have been before?" said Mourinho, who had two stints at Chelsea and was fired by Manchester United in December. "If I think the right club, the right structure, the right ambitions, I will have no problem at all."

"I think it's really a reason of pride when a club where you worked before wants you back," said Mourinho.

Solari responded with a joke about Roberts at his press conference on Monday. When asked whether the actress would prefer himself or Mourinho, the Argentine smiled.

"Good question," he said. "You should ask her."

Luka Modric, the veteran midfielder who joined Real before Mourinho's last season at the club, also spoke to the press and was more interested in talking about strikers than actresses or coaches.

"We do not pay much attention to rumours, we are focused on ourselves," the Ballon d'Or winner said. "In the world of Real Madrid, there is always talk about these things, we cannot prevent it."

"People are always giving Real up for dead, but Real always come back," the Croatian said. "In 2015 we won nothing. People said Real were dead, but you know what happened next. We started winning again. We have to trust ourselves."

Modric said the pressure was on to beat Ajax, with the holders leading 2-1 from the first leg in Amsterdam.

"It's a key match for this season," he said. "We want to be in the quarter-finals."

"Our problem this season is lack of continuity and a lack of goals," Modric said.

He acknowledged that the club was missing Cristiano Ronaldo.

"He is a player any team would miss and finding a replacement for Cristiano is almost impossible," he said. "Cristiano scored 50 goals and you cannot find someone today who will score so many."

Modric said he had hoped "two or three players would score 15, 20 or 10 goals and that has not happened and I think it's our biggest problem this year."

The club, Modric said, "has put faith in other players like Gareth (Bale), (Marco) Asensio and Karim (Benzema)." He added that Real had bought Mariano Diaz and that teenager Vinicius Junior "is doing very well for his age".

"But sometimes things do not go as we want."

Karim Benzema Gareth Bale
Get the latest Cricket news, check out the India cricket schedule, Cricket live score . Like us on Facebook or follow us on Twitter for more sports updates. You can also download the NDTV Cricket app for Android or iOS.