As His Dog Patiently Awaits, The Wreckage Of Emiliano Sala's Plane Is Found

The plane carrying Emiliano Sala and pilot David Ibbotson from Nantes to Cardiff disappeared from radar over the English Channel on the evening of January 21. 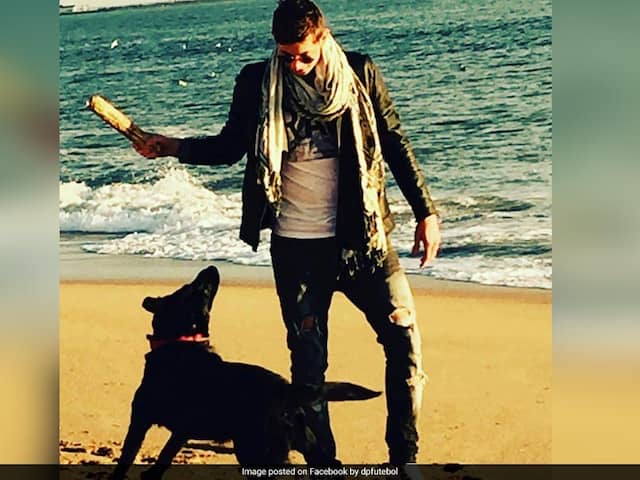 As workers located a body and wreckage of the plane carrying soccer player Emiliano Sala, his sister posted a heartbreaking image of his dog, Nala, patiently awaiting his return. The plane carrying Sala, 28, and pilot David Ibbotson from Nantes, France, to Cardiff in Wales disappeared from radar over the English Channel on the evening of Jan. 21. A private search of the waters off Guernsey revealed wreckage of the plane, with an unidentified body inside, on the seabed off the coast of Guernsey on Sunday morning. Both Sala, who was en route to join his new Premier League team after transferring from Nantes, and Ibbotson, 59, are presumed to have died in the crash of the Piper Malibu single-engine aircraft.

On Saturday, the Argentine player's sister, Romina, had posted the image of Nala, a rescue dog, looking out into the distance, writing on Facebook, "Nala is waiting for you, too."

The official search ended after four days, but friends, family, and fellow players hired David Mearns, a marine scientist and oceanographer who specializes in deep water search and recovery operations, to continue the search privately. The wreckage was formally identified by Air Accident Investigation Board officials.

"Based on analysis of ROV [robot] video footage, the AAIB investigators on board the vessel concluded that the object is wreckage from the missing Piper Malibu aircraft, registration N264DB," AAIB said in a statement. "The ROV carried out a further search of the area overnight but did not identify any additional pieces of wreckage.

"Tragically, in video footage from the ROV, one occupant is visible amidst the wreckage. The AAIB is now considering the next steps, in consultation with the families of the pilot, passenger and police. The image shows the rear left side of the fuselage including part of the aircraft registration.

"We intend to publish an interim report within one month of the accident occurring."

The wreckage was located two days after seat cushions washed up on the beach near Surtainville in Normandy, France, and Mearns, who is no longer involved in the mission, confirmed in an Agence France-Press report that divers were on-site, considering what to do next. "You have to see whether you can lift the plane without disturbing the body and also making sure that you're picking [all the wreckage] up," he said.

He continues to be in contact with Sala's family and added, "This is about the best result we could expect for the families, but is devastating news."