The 34-year-old was out of contract at the Serie A champions and joins the Gunners on a free transfer. 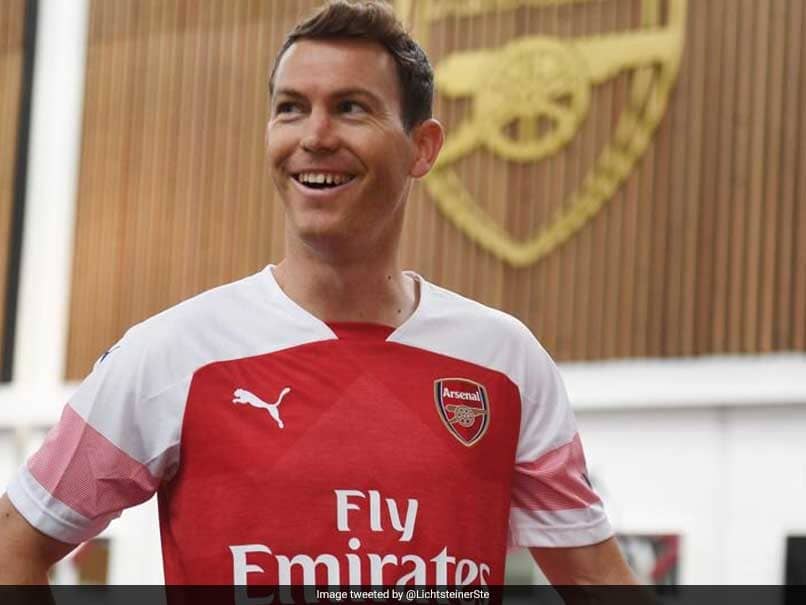 Arsenal announced the capture of Swiss international defender Stephan Lichtsteiner from Juventus on Tuesday -- new manager Unai Emery's first signing for the English Premier League club. The 34-year-old was out of contract at the Serie A champions and joins the Gunners on a free transfer before captaining Switzerland at the World Cup in Russia. Lichsteiner moved to Juventus in 2011 and won seven successive league titles with the Italian club.

"It is a great moment for me, after Juventus, to come to Arsenal," Lichtsteiner told the Arsenal website.

"The big objective is to come back on the highest level."

"Stephan brings huge experience and leadership to our squad," said Emery, who has replaced long-serving boss Arsene Wenger at the helm of the club.

"He's a player with great quality with a very positive and determined attitude. Stephan will improve us on and off the pitch."

Stephan Lichtsteiner Football
Get the latest updates on IPL 2020, check out the IPL Schedule for 2020 and Indian Premier League (IPL) Cricket live score . Like us on Facebook or follow us on Twitter for more sports updates. You can also download the NDTV Cricket app for Android or iOS.