France forward Antoine Griezmann has made a shock deadline-day return to Atletico Madrid, just two years after leaving to join Barcelona, the clubs announced on Wednesday. 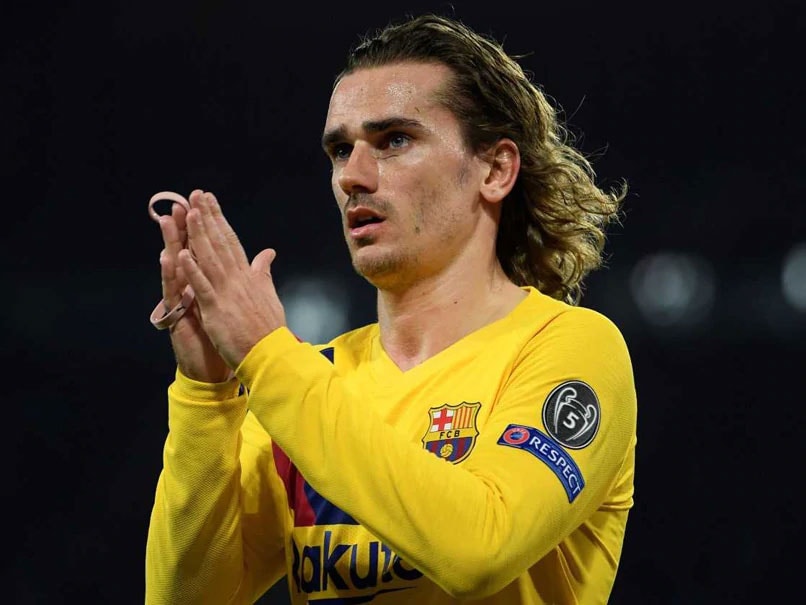 France forward Antoine Griezmann has made a shock deadline-day return to Atletico Madrid, just two years after leaving to join Barcelona, the clubs announced on Wednesday. The 30-year-old, who scored 133 goals in his first spell with Atletico, has rejoined on a one-year loan deal with an option to extend by another year, Atletico said. "Welcome back, Griezmann!" the club wrote on its website. Barcelona have been struggling financially and had to allow six-time Ballon d'Or winner Lionel Messi to leave for Paris Saint-Germain last month. Griezmann was one of their highest earners since signing in 2019 for 120 million euros.

The Catalan club confirmed his departure, saying Atletico "will pay the player's wages", confirming that the deal includes a compulsory permanent transfer clause when his loan finishes.

Neither club disclosed the obligation-to-buy fee but it was reportedly set at 40 million euros ($47.2 million).

"FC Barcelona would like to thank Antoine Griezmann for his commitment and dedication and wishes him all the best for the future," it said in a statement.

Spain's La Liga confirmed on Twitter that both transfers were "submitted on time" with no extensions given.

Griezmann's only major trophy with Atletico was the 2018 Europa League, having signed for Diego Simeone's men from Real Sociedad shortly after their surprise 2014 league title triumph.

He won the Copa del Rey with Barca last term, scoring the opening goal in the final against Athletic Bilbao.

But Griezmann's stay at the Camp Nou was largely underwhelming, with the 2018 World Cup winner netting just 22 times in 74 league matches for the Catalan giants.

Griezmann's exit was not expected, though, after he had started Barcelona's first three games of the new season.

The move is just the latest big-name transfer of the summer, after Messi's switch and Cristiano Ronaldo's return to Manchester United from Juventus.

Griezmann, who finalised his transfer while on international duty preparing for France's upcoming World Cup qualifiers, was part of a clear-out by Barca on deadline day.

Earlier this month, Barca president Joan Laporta revealed that Barcelona's debts stand at 1.35 billion euros ($1.58 billion) and that their wage bill is at least 25 percent higher than their competitors at 617 million euros.

The five-time European champions have not won the Champions League since 2015, when they were inspired by a front three of Messi, Neymar and Suarez, and failed to get past the quarter-finals in either of Griezmann's two campaigns.

Barca were thumped 8-2 in the last eight by Bayern Munich in 2020 before a 4-1 first-leg loss at home to PSG earlier this year as they went out 5-2 on aggregate in the last 16.

They had to settle for second in La Liga, five points behind champions Real Madrid, in Griezmann's first season before stumbling to a third-placed finish last term.

Griezmann has scored 38 goals in 95 appearances for France, including once at Euro 2020 as the world champions were dumped out in the last 16 by Switzerland.

Antoine Griezmann Football
Get the latest updates on ICC Women's Cricket World Cup 2022 and IPL 2022, check out the Schedule , Live Score and IPL Points Table. Like us on Facebook or follow us on Twitter for more sports updates. You can also download the NDTV Cricket app for Android or iOS.