Africa Cup of Nations: Morocco coach Vahid Halilhodzic called up three more players on Monday to complete his squad for the tournament in Cameroon from January 9 to February 6. 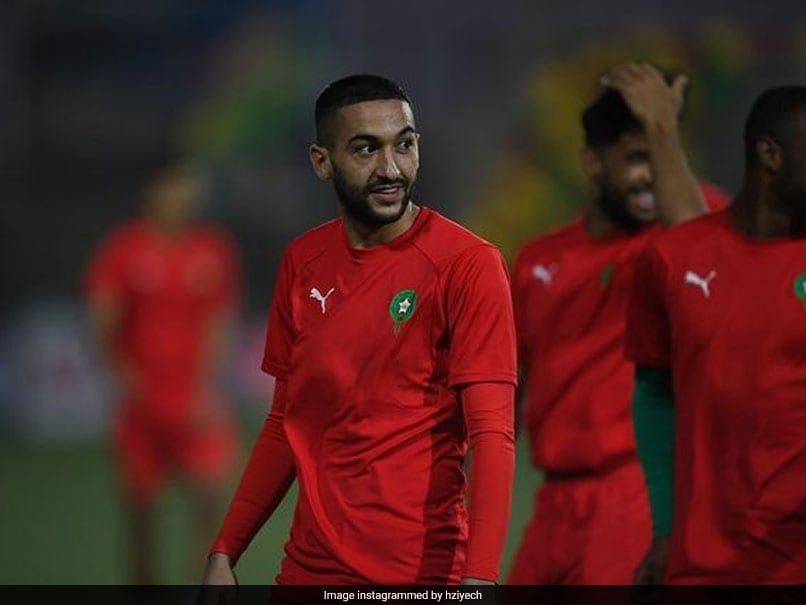 AFCON: Chelsea star Hakim Ziyech has been left out of Morocco's squad.© Instagram

Morocco coach Vahid Halilhodzic called up three more players on Monday to complete his squad for the Africa Cup of Nations in Cameroon from January 9 to February 6. Defenders Badr Benoun and Mohamed Chibi and striker Soufiane Rahimi were added although the trio were all in action at the recent Arab Cup in Qatar. There was still no place for Hakim Ziyech. He has been at odds with Halilhodzic since last summer after the veteran coach reproached the Chelsea star for his indiscipline.

Even though European clubs are threatening to withhold African players, all but four members of the squad play for clubs in UEFA nations.

Morocco begin their campaign against Ghana on January 10 and then have further group games against the Comoros (January 14) and Gabon (January 18).

Chelsea Hakim Ziyech Football
Get the latest updates on IPL Auction 2023 and check out  IPL 2023 and Live Cricket Score. Like us on Facebook or follow us on Twitter for more sports updates. You can also download the NDTV Cricket app for Android or iOS.