Sadio Mane says helping Liverpool win the Champions League was special, but his "absolute dream" is parading the Africa Cup of Nations trophy 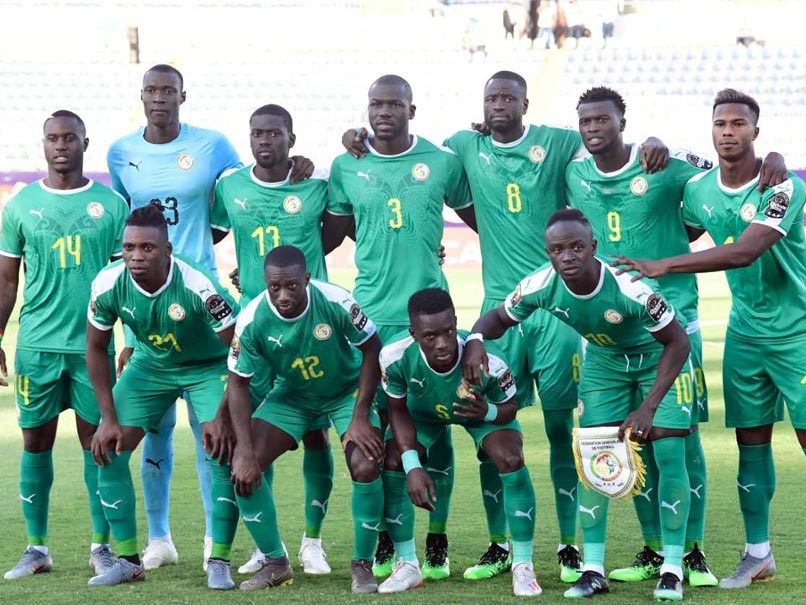 Senegal star Sadio Mane says helping Liverpool win the Champions League was special, but his "absolute dream" is parading the Africa Cup of Nations trophy through the streets of Dakar. The west African team known as the Teranga Lions are two victories away from fulfilling the dream of their 27-year-old talisman, starting with a semi-final against Tunisia in Egypt Sunday. "Going to Dakar with the trophy would be extraordinary," said Mane, who shared the Premier League Golden Boot award last season with fellow Africans Mohamed Salah and Pierre-Emerick Aubameyang.

"My absolute dream is to help Senegal win the Africa Cup of Nations -- that would surpass even what I achieved with Liverpool in the Champions League.

"We have to accept being among the favourites and many people are assuming we will play Algeria in the final," said the scorer of three goals so far in the tournament.

"All four semi-finalists are quality sides and all can go on and win this competition. The champions will be the team that wants the trophy the most."

Three hours after Senegal and Tunisia kick off in the expected mid-afternoon Cairo heat, Algeria face Nigeria 15 kilometres (9.3 miles) away in the other semi-final.

Here, AFP Sport looks at the semi-finals with Algeria and Senegal wary favourites given the number of shocks in the knockout phase of the premier African competition.

The top two ranked countries in Africa, with Senegal first, are back in the semi-finals after lengthy absences.

It is the first time the Carthage Eagles of Tunisia have qualified for the penultimate stage since hosting and winning the 2004 edition.

Senegal lost narrowly to hosts Egypt two years later, and that was the last time they featured in a Cup of Nations semi-final.

The Senegalese have impressed more than the Tunisians en route to the last four with Napoli centre-back Kalidou Koulibaly and Mane playing leading roles in a four win-one loss run.

An eight-match Cup of Nations rivalry dating from the 1980 final won convincingly by hosts Nigeria continues with Algeria the slightest of favourites to reach the final.

After four consecutive victories -- three of them without breaking a sweat -- the Algerian Desert Foxes needed a penalty shootout to eliminate the Ivory Coast in the quarter-finals.

Algeria lost outstanding young right-back Youcef Atal to a shoulder injury in that match and coach Djamel Belmadi fears he will miss the rest of the tournament.

"What I admire about my team is that they never give up. This refusal to accept defeat can take us a very long way," said coach Gernot Rohr.

Senegal Sadio Mane Football
Get the latest updates on ICC T20 Worldcup 2022, check out the Schedule and Live Score. Like us on Facebook or follow us on Twitter for more sports updates. You can also download the NDTV Cricket app for Android or iOS.