AC Milan forward Ante Rebic and midfielder Rade Krunic have both tested positive for coronavirus and will miss Wednesday's Serie A clash against Juventus. 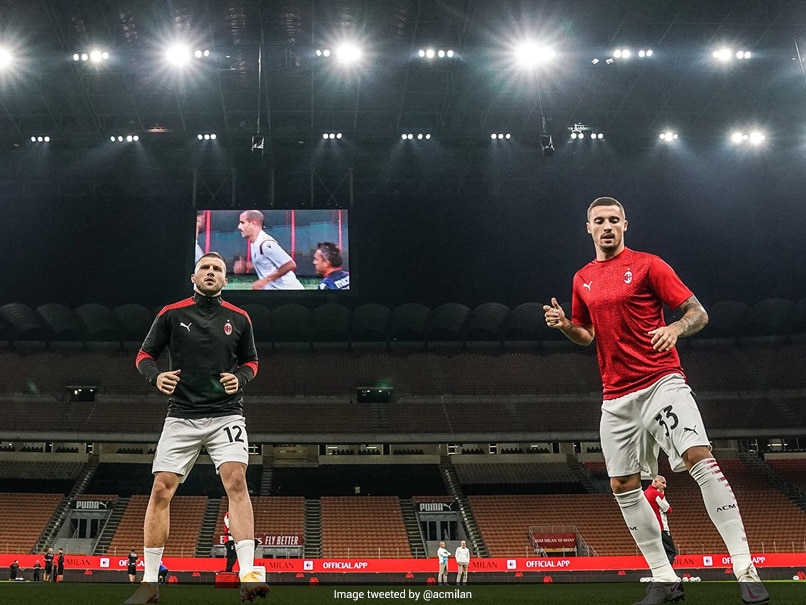 AC Milan forward Ante Rebic and midfielder Rade Krunic have both tested positive for coronavirus and will miss Wednesday's Serie A clash against Juventus, the Italian league leaders confirmed. "Ante Rebic and Rade Krunic tested positive for a molecular swab carried out yesterday (Tuesday) in anticipation of the match against Juventus," the club said in a statement. "The asymptomatic players remained in isolation at home where a second control swab was taken today (Wednesday). All the team members were subjected to further tests with negative results."

Juventus pair Alex Sandro and Juan Cuadrado are also ruled out of the game after positive tests earlier this week.

Rebic and Krunic's absence is a blow for Stefano Pioli's Milan who are already hit by injuries including forward Zlatan Ibrahimovic with midfielder Sandro Tonali suspended.

AC Milan have a one-point lead on city rivals Inter in Serie A, with Juventus 10 points adrift of the leaders in fifth, having played a game less.

Juventus Ante Rebic Football
Get the latest updates on SA vs IND 2021-22, check out the Schedule and Live Score . Like us on Facebook or follow us on Twitter for more sports updates. You can also download the NDTV Cricket app for Android or iOS.