Cristiano Ronaldo and Leonardo Bonucci on Wednesday apologised to Juventus fans for the "worst" performance of the season as the Italian champions' fell to their first Serie A defeat this term against lowly Fiorentina. 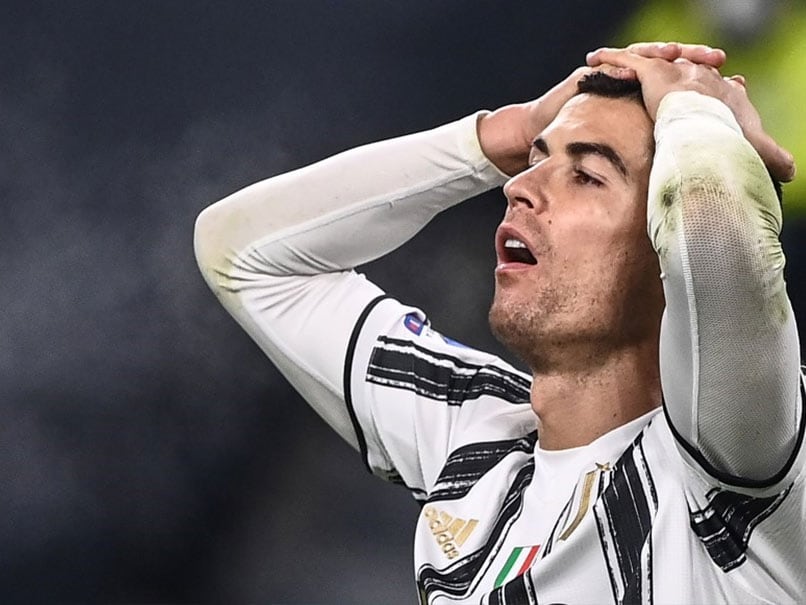 Cristiano Ronaldo said the result against Fiorentina was far from acceptable.© AFP

Cristiano Ronaldoand Leonardo Bonucci on Wednesday apologised to Juventus fans for the "worst" performance of the season as the Italian champions' fell to their first Serie A defeat this term against lowly Fiorentina. The 'Bianconeri' played most of the match a man down after Juan Cuadrado was sent off after quarter of an hour in their Allianz Stadium, losing 3-0 to the Tuscany side who are 15th after ending an eight-match winless run.

"The worst Juventus of this first part of the season. I apologise to the fans in my name, first of all. There is nothing to add," defender Bonucci wrote on Instagram.

Ronaldo blasted "a far from acceptable result" as the Portuguese star failed to add to his Serie A-leading tally of 12 league goals so far.

"Yesterday, with a poor performance and a far from acceptable result we closed our scheduled games for 2020, a special year in many ways," said the five-time Ballon d'Or winner on Instagram.

"But this is no excuse for anything. We know that we have to give more of ourselves, in order to play better and to win in a more consistent way.

"We are Juventus! And we simply cannot accept anything less than excellence on the pitch!

"I hope this short stoppage may help us to come back stronger and more united than ever, because the season is still far from over and in the end we believe that we will, once again, celebrate with our fans.

"Believe in us, trust our team as much as we trust you, and we will deliver! Fino Alla Fine!"

The defeat came hours after the nine-time reigning Serie A champions learned they must play the match against Napoli which was cancelled on October 4 after the southerners decided not to travel to Turin because of coronavirus cases.

Napoli won their appeal to the Italian Olympic Committee (CONI) after being handed a 3-0 defeat and a one-point deduction.

As a result Juventus, who had started the day with 27 points, finished it with 24.

Juventus are fourth in Serie A, equal on points with Napoli and Roma, and seven points adrift of AC Milan, with the three playing their final game before Christmas on Wednesday.

Andrea Pirlo's Juventus have won just six of their 13 league games this season, with six draws and one defeat.

They next play at home against Udinese on January 3.

Cristiano Ronaldo Leonardo Bonucci Football
Get the latest updates on ICC T20 Worldcup 2022 and CWG 2022 check out the Schedule, Live Score and Medals Tally. Like us on Facebook or follow us on Twitter for more sports updates. You can also download the NDTV Cricket app for Android or iOS.