Bernardo Silva and Benjamin Mendy have been teammates since 2016, having spent a year together at Monaco before they both moved to Manchester City the following year. 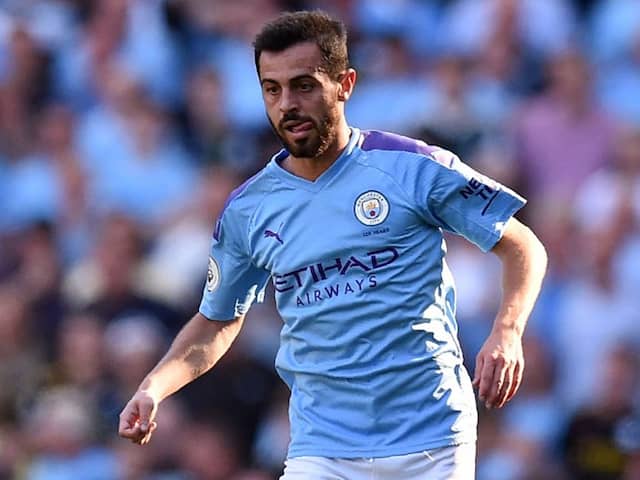 Bernardo Silva has sent a letter to England's FA to apologise for any offence caused by a tweet.© AFP

Bernardo Silva has sent a letter to England's Football Association to apologise for any offence caused by a controversial tweet comparing Manchester City teammate Benjamin Mendy with a black cartoon character. Bernardo Silva submitted the letter on Thursday after the FA had asked the club for their observations regarding the incident, and said he had learned a lesson. Included with the letter was a statement of support from France international Mendy, who said he had not taken offence at what his Portuguese teammate had posted.

The tweet in question compared a picture of a young Benjamin Mendy with the cartoon character from the Spanish chocolate peanut brand Conguitos.

Manchester City manager Pep Guardiola defended his player when he faced the media after Tuesday's League Cup game at Preston and reiterated that stance ahead of City's Premier League game at Everton on Saturday.

However, Guardiola has faced strong criticism for failing to condemn Silva's post.

"Regarding Bernardo I am incredibly clear," said Guardiola. "If people believe Bernardo is this type of person, they are completely wrong.

"They judged one joke. I judge working with him every single day for three years and how he is and his friendship.

Mendy and Silva have been teammates since 2016, having spent a year together at Monaco before they both moved to Manchester City the following year.

An Instagram video posted by Silva in 2018 has also attracted criticism for alleged racist undertones. In the video Silva asks Mendy, who is dressed in black, why he was not wearing any clothes.

The FA is studying the video in question as well as all his previous social media history before they reach their decision.

If the governing body does find the 25-year-old guilty of discriminatory behaviour, he could be suspended for six domestic matches.

That would be a severe blow to City and the player but Pep Guardiola was adamant that Silva had learned a valuable lesson from this episode.

"Bernardo is an exceptional person, and he is absolutely not guilty," he said. "It was just a joke and that's all.

"It's a cartoon and the face is quite similar. The same happened a thousand million times with white people. It's the same.

"If the people in the FA think the opposite, then Bernardo and City are open to listen and give their opinion.

"It was a simple joke but if someone is offended, I can understand it. Bernardo is maybe going to take a lesson and it's not going to happen again."

AS Monaco Bernardo Silva Benjamin Mendy English Premier League Football
Get the latest Cricket news, check out the India cricket schedule, Cricket live score . Like us on Facebook or follow us on Twitter for more sports updates. You can also download the NDTV Cricket app for Android or iOS.