Manchester City coach Pep Guardiola, speaking to reporters in Shanghai, looked far from happy when asked about preparations ahead of another gruelling season. 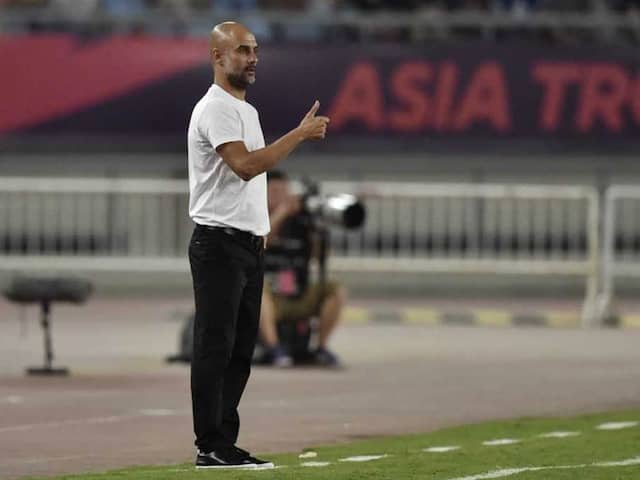 Pep Guardiola failed to hide his frustration about the demands of their pre-season visit to China.© AFP

Manchester City coach Pep Guardiola failed to hide his frustration on Friday about the demands of their pre-season visit to China, saying bleakly: "It's survival." The Premier League champions arrived in China two days late because of red tape related to their flight, which is likely to have infuriated a perfectionist like the Spaniard. City then beat West Ham 4-1 in sweltering Nanjing on Wednesday and face another test on Saturday when they face Wolves in the Asia Trophy final.

The former Barcelona and Bayern Munich boss, speaking to reporters in Shanghai, looked far from happy when asked about preparations ahead of another gruelling season.

"We are here to try to get our best level as soon as possible," said an unsmiling Guardiola.

"We cannot train and keep our energy for the match day."

City's badly delayed flight, jet lag, punishing temperatures and promotional demands placed on his players while in China are all conspiring to make it a far-from-ideal pre-season for City.

Such summer trips are however typical for many European football clubs attempting to increase their support abroad.

China, with the world's biggest population and second-biggest economy, is a key market.

Rivals Manchester United and Tottenham Hotspur will play one another next week in Shanghai, while Juventus and Inter Milan will be in nearby Nanjing.

Asked how seriously he was taking the tour to China, Guardiola replied: "As much as possible."