Delighted to have put up a brilliant display against India on debut, England quick Richard Gleeson feels if he keeps performing he might get a shot at playing the T20 World Cup 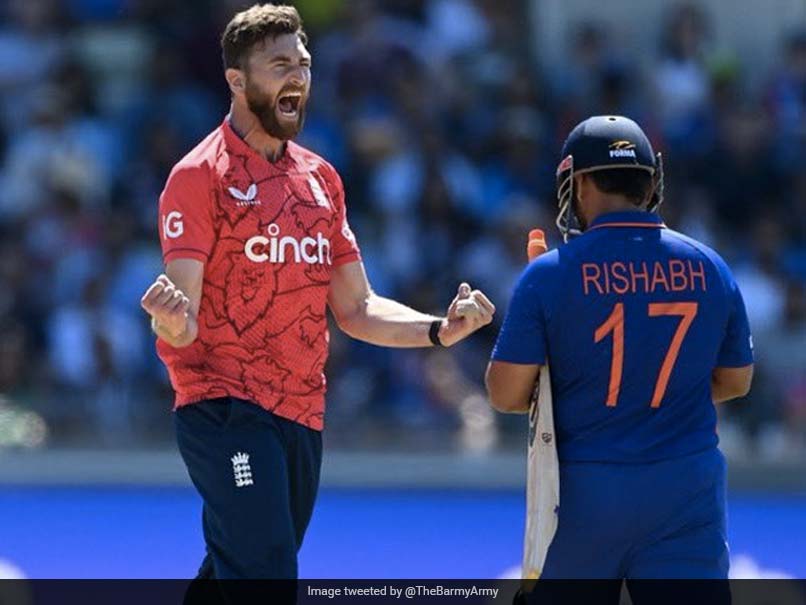 Delighted to have put up a brilliant display against India on debut, England quick Richard Gleeson feels if he keeps performing he might get a shot at playing the T20 World Cup later this year. Gleeson dismissed the much-revered trio of India skipper Rohit Sharma, star batter Virat Kohli and wicketkeeper Rishabh Pant with his fifth, seventh an eighth deliveries in the second T20I, which the tourists won by 49 runs.

The 34-year-old finished with impressive figures of 3/15.

"Great to make my debut, but it's all about winning games of cricket really, at the end of the day. So it's disappointing to lose, but on a personal note, great start," Gleeson said at the post-match press conference.

With the T20 World Cup around the corner, Gleeson, who started playing professional cricket at 27, hopes he can make the cut for the marquee event.

"You want to play in the big occasions, don't you? So, yeah, why not? I'll just look towards the next game and go from there.

"(England selection) wasn't anywhere near my radar. It was just to play the highest standard that I could. I just want to keep playing cricket and enjoying it, playing for as long as I can. Who knows? If I keep performing, anything could happen." After putting up a 171-run target, the Indian bowlers, led by Bhuvneshwar Kumar, bowled beautifully to bundle out the hosts for 121 and take an unassailable 2-0 lead in the three-match series.

"I think maybe they (India) were a little bit over-par.

"And then they started well with the ball. So that's always going to put us on the back foot, and they bowled well. But that can be the way T20 cricket goes at times.

"You play the game hard, so sometimes you come off, sometimes you don't. It's just you've got to take the rough with the smooth if you're going to play that way, and I don't think we'll be taking a backwards step in the next game."

The right-armer had suffered a career-threatening stress fracture of the lower back in 2020. Reflecting on the injury, Gleeson said "It wasn't me contemplating retirement. It's something that would have been forced upon me.

"(The recovery) was a long, slow process. Unfortunately, because of my age, it takes a little bit longer to heal from things like that. But (playing again) makes it all worthwhile."

Rohit Sharma England vs India, 2022 Cricket
Get the latest updates on IPL Auction 2023 and check out  IPL 2023 and Live Cricket Score. Like us on Facebook or follow us on Twitter for more sports updates. You can also download the NDTV Cricket app for Android or iOS.