Wout Van Aert picked up a second win of the 2020 Tour de France on Friday as skulduggery and crosswinds combined to produce an enthralling race that claimed several victims. 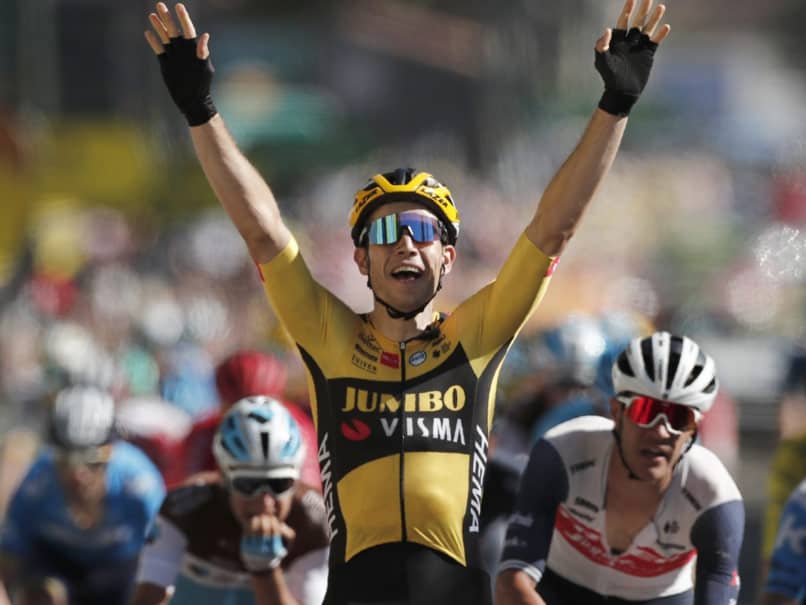 Wout Van Aert picked up a second win of the 2020 Tour de France on Friday as skulduggery and crosswinds combined to produce an enthralling race that claimed several victims. British rider Adam Yates retained the yellow jersey while Peter Sagan took the green points jersey after his Bora team led a carefully plotted and brilliantly executed attack to drop his sprint rivals. From 150km out, Bora launched an unexpected assault, cranking up the pace with attacks which succeeded in exploiting the crosswinds, splitting the pack and shedding Sagan's rivals in the points classification, Irishman Sam Bennett who started the day in green, and Australian Caleb Ewan.

Among the other victims was young Slovenian Tadej Pogacar, who started the day in third overall and was left behind late on due to a puncture with the peloton hitting speeds of 70 km/h in a crosswind.

"All the sprinters were dropped already and afterwards it was totally hectic," said the Jumbo rider at the finish line.

"It was a good day for the team as some favourites from the GC lost time too," said Van Aert, whose team leader Primoz Roglic is the favourite to win the Tour.

"I got a slipstream, found a gap and timed my sprint perfectly," said Van Aert. "But this is more of a surprise than the last win."

The stage embarked within sight of the 336m-high Millau viaduct that reaches across the Tarn Gorge, where winds also hit the Tour in 2019.