Olympic cycling great Sir Bradley Wiggins believes the absence of fans will have no impact on the result of the ongoing Tour de France race, which began last week after being postponed due to the COVID-19 pandemic. 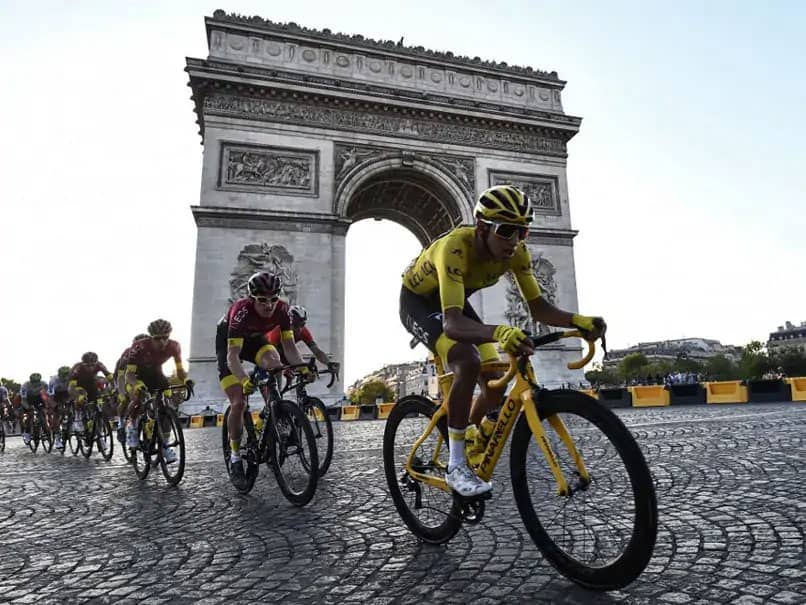 Olympic cycling great Sir Bradley Wiggins believes the absence of fans will have no impact on the result of the ongoing Tour de France race, which began last week after being postponed due to the COVID-19 pandemic. The annual three-week showpiece was originally scheduled to take place from June 27 to July 19 but was rescheduled and started on August 29 in Nice, France. Fans lining up the route of the cyclists adds to the festive atmosphere around the race every year but not this time, with enthusiasts told to stay home amid fear of infection.

"The race will still be run off and the riders will still be as competitive as they are and racing against each other. I don't think there is any rider who will put it down to the fact that there were no fans as to why they didn't (win)," Wiggins, a 2012 Tour de France champion, told PTI in an e-mail interview.

"There will certainly be fans on the roadside but it's not going to be to the level that we've seen in the past, and I think that'll be new for everyone to challenge and watch but I don't think it will impact the overall result."

However, Wiggins, who won World and Olympic championships on both track and the road, acknowledged the contribution that fans make in spurring an athlete to achieve greater heights.

"... They do have an impact, whether people like it or not ... Alaphilippe was racing for his country last year and he had the whole of France behind him and for a rider like him who thrives on having the weight of a nation behind him, it definitely aided his performance."

"...Some riders thrive off the hostility, Lance Armstrong being one of them. He thrived off the thought of people hating him and ... wanting to show them that he could still compete. So, it will be different, no one knows what it will be like without the number of fans that we're used to."

The race will conclude on September 20.

Wiggins also called for more steps from the sport's governing body (UCI) to ensure the safety of the riders in wake of the recent crash of Dutch cyclist Fabio Jakobsen in Poland.

Jakobsen was put in a medically-induced coma after crashing at the finish line in the Tour of Poland's first stage last month.

"I think there's lots they can do. You always can improve things and I think there definitely needs to be some thought about finishes now, safety for the riders, just based on the crash in Poland. How can we stop that (from) happening again?" he said.

"Even if there's nothing they can do, the mere fact that we could look into this and start trying to at least attempt to, make it safer for the riders, then there are always things that the governing bodies can do."

Wiggins said sports like cycling are getting brutal by the day and taking a toll on the bodies of the athletes.

"Riders tend to retire now with symptoms of mild osteoporosis from 20 years on a bike with very low skin folds which affects your hormones, and bone density becomes an issue. It is a serious issue to be looked at," said the 40-year-old, who won 8 Olympic medals, including five gold, during his career.

"It's something that is kind of a by-product of elite sport now ... the season now is 11 months long and there's less time in between to maybe put on weight and fat on areas of your body that your body needs, to protect your organs and stuff."

"I just think that's the brutality of elite sport now in every sport really...it's the same for footballers now... gone are the days when boxers or cyclists etc piled weight on in between competition and then start the process of shredding fat, and that has a biological impact on your body."