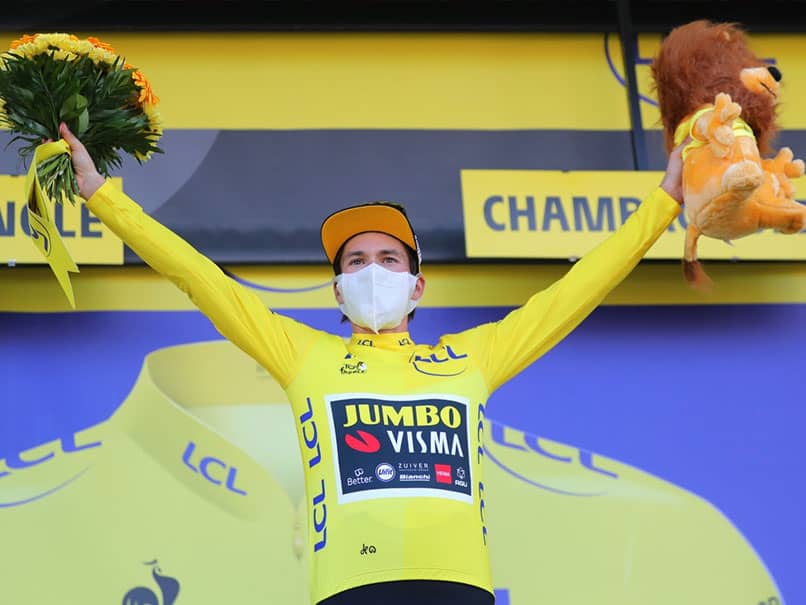 Primoz Roglic kept his lead in the Tour de France on Friday with just two stages remaining as Denmark's Soren Kragh Andersen soloed to victory on stage 19. Sam Bennett inched further ahead in the struggle for the green jersey by beating rival Peter Sagan, who failed in two bids to leave the Irishman behind. Roglic retains a 57sec lead over his Slovenian compatriot Tadej Pogacar while Colombia's Miguel Angel Lopez is third, 1min 26 sec behind the leader.

After three days ascending Alpine mountains this stage had been described as an easy day for the overall contenders, and so it proved.

This was not the case for Deceuninck-Quick Step sprinter Bennett however, who fended off the seven-time green jersey Sagan in their close-run contest over the remaining sprint points.

Sagan made a bid for glory from 20km out but Bennett was able to keep up as an escape group formed from which Andersen then launched his lightning strike from six kilometres out.

The peloton behind them slowed to a snail's pace as many of the lesser riders realised their contribution to this Tour was essentially over due to the nature of the final two stages.

An individual time-trial on Saturday will see Roglic and his rivals for the yellow jersey race solo over 36km.

The Tour de France then culminates in a kind of parade into Paris before a sprint around the Champs Elysees where Roglic looks likely to take the 2020 Tour title.