Last year's winner Egan Bernal has withdrawn from the Tour de France, his Ineos team said on Wednesday, after the young Colombian fell out of contention and complained of back trouble. 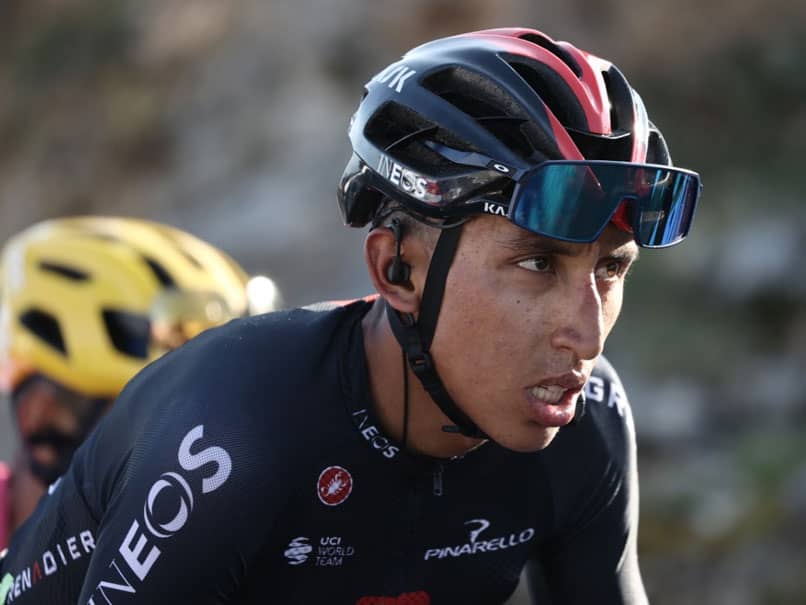 Egan Bernal slipped to more than 8 minutes off the pace in his Tour de France title defence on Sunday.© AFP

Last year's winner Egan Bernal has withdrawn from the Tour de France, his Ineos team said on Wednesday, after the young Colombian fell out of contention and complained of back trouble. The Colombian, 23, saw his title defence effectively extinguished on Sunday, the first major mountain stage, when he was more than eight minutes off the pace. "This is obviously not how I wanted my Tour de France to end, but I agree that it is the right decision for me in the circumstances," Bernal said in a team statement. Jumbo rider Primoz Roglic leads the Tour from fellow Slovenian Tadej Pogacar ahead of Wednesday's Stage 17. Bernal was a distant 16th in the standings.

"Egan is a true champion who loves to race, but he is also a young rider, with many Tours ahead of him and at this point, on balance, we feel it is wiser for him to stop racing."

The British outfit has won cycling's biggest prize in seven of the last eight editions, interrupted only by Vincenzo Nibali's victory for Astana in 2014.

Ineos decided to drop four-time winner Chris Froome and 2018 champion Geraint Thomas for this year's race, a decision that left the team with less clout and Bernal exposed.

Questions have also been raised about Ineos's training and preparations -- usually meticulous -- as Bernal and his co-captain, Carapaz, have been run ragged.

It had already looked ominous for Bernal two weeks before the Tour, when he was forced out of the Criterium du Dauphine with a back problem.

On Sunday, he collapsed on the last of three massive mountain climbs on Stage 15, the defining moment of the race so far.

"I lost three years of my life on that climb, I gave it everything. But I just couldn't keep up," Bernal said after the stage.