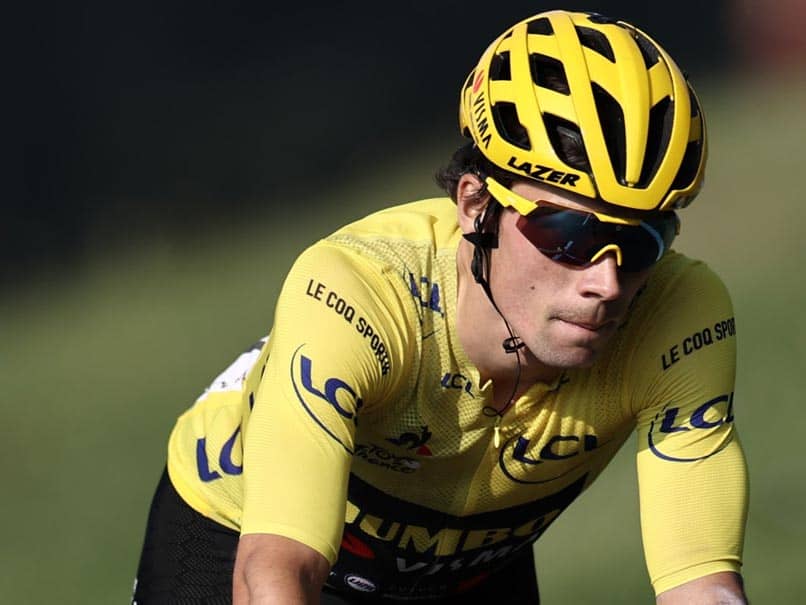 Primoz Roglic maintained the overall lead in the Tour de France on Tuesday with eyes now nervously turning to the high altitude showdown awaiting the elite on Wednesday's high altitude Meribel climb. Bora-hansgrohe's German all-rounder Lennard Kamna won stage 16 after the Tour's first large escape group was allowed to get away over some medium mountains. Kamna came good on the 164-kilometre run through the Alps by defeating Ineos rider Richard Carapaz over the final stretch after the pair had been part of the escape group.

The victory was just reward for the 24-year-old who was pipped to the line on the Puy Mary volcano last week. It was his first Tour de France stage win, and Bora's first this year.

"I saw Carapaz wasn't feeling too good and I went all in and it worked out," said Kamna, also a talented time-triallist who may have a big future.

"I was so disappointed on the Puy Mary, but this puts that behind me."

Almost 17 minutes back, in a region dotted with ski resorts, the yellow jersey group ascended together with only Tadej Pogacar trying to upset Roglic and his Jumbo-Visma teammates.

Colombia's Miguel Angel Lopez powered past them all over the final 200m but was followed closely over the line with no change at the top except for Nairo Quintana losing a little time.

Roglic leads Pogacar by 40 seconds with five stages remaining. Rigoberto Uran is third at 1min 34sec, while Lopez and Briton Adam Yates round out the top five.

Ineos sent two riders in the breakaway, Carapaz and Pavel Sivakov, the pair who had been supposed to help their leader on the summits, but both of whom fell on day one.

The British team's captain Egan Bernal suffered a shocking meltdown on Sunday and fell out of contention.

Showing depth of character the 23-year-old Colombian made himself freely available to the media right after his defeat, and here the defeated champion rode with a smile on his face again.

Slovenian pair Roglic and his rival Pogacar are now the major focus of attention on an atypical Tour where Jumbo have knocked Ineos off their perch as the dominant team.

"Everything was under control," said the 30-year-old Roglic, who once again had a posse with him all the way to the finish line.

"But tomorrow will be nicer to watch. It's the queen stage, the highest point, crazy hard the final five kilometres. It'll be a fight for every second," said the former ski jumper who has emerged as the most powerful athlete in Tour cycling over the past three years.

The new section only recently opened makes its debut on the Tour de France with parts at 20 percent incline and will leave some gasping in the rarefied air way above the treeline at 2,304m altitude.

The designer of this Tour route, Thierry Gouvenou said the difficulty lay in the final high altitude section.

"There are over seven kilometres over the 2,000m mark and it'll be for the lighter men with plenty of kick," he said.

The kind of huge crowds which gather for raucous two-day parties at these high mountain showdowns may be calmer than usual, as no vehicles are allowed in the higher reaches at all.

Earlier Tuesday, Tour de France organisers were in exultant mood when announcing that all of their cyclists were negative for Covid-19 in the final round of tests.