France's Arnaud Demare registered his fourth win in Giro d'Italia this year by acing stage 11 in Rimini on Wednesday. 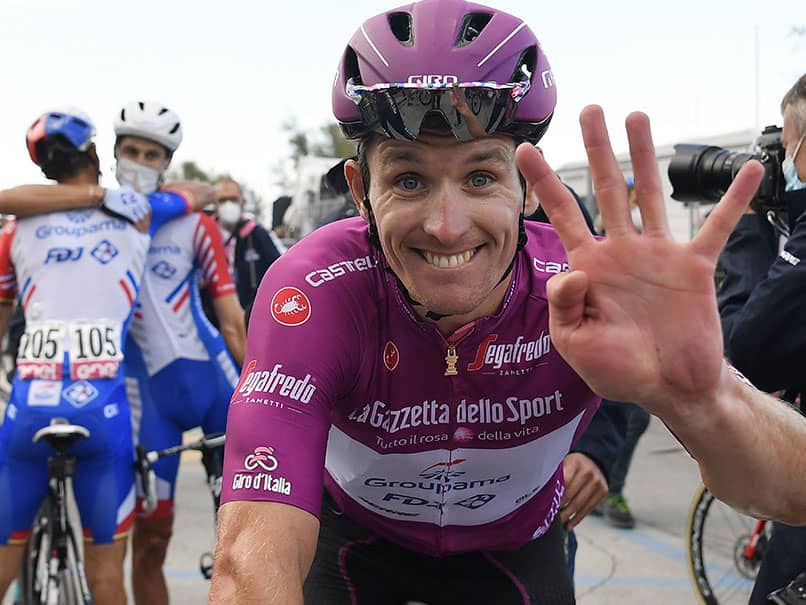 Frenchman Arnaud Demare powered to his fourth victory in this year's Giro d'Italia, winning a frenetic stage 11 finish in the seaside town of Rimini on Wednesday. The Groupama-FDJ rider crossed the line just ahead of Tuesday's stage winner, Slovak Peter Sagan, with Colombian Alvaro Hodeg third after the 182km run north along the Adriatic coastline from Porto Sant'Elpidio. "Coming to the Giro I didn't think I'd get four stage wins. Hats off to my team mates!" said Demare, who now has 75 career wins, including 14 this season.

Demare, 29, becomes the first French rider since 1982 Giro winner Bernard Hinault to claim four stages on the same race. The victory gives him five in total on the Giro, after one last year.

"The first part of the stage was fairly quiet, then a frenetic finish with many teams who wanted to race in the front," said Almeida.

A five-rider breakaway formed after leaving Porto Sant'Elpidio with the last man Belgian Sander Armee not caught until the final 6km.

"The youngsters of the team have done an enormous work to bring Sander Armee back," said Demare.

"My three lead-out men delivered me in a perfect position and I felt a lot of strength in my legs to launch my sprint."

Thursday's 12th stage covers 204km around Cesenatico, the hometown of Italian cycling great Marco Pantani, who died in 2004, with five climbs in the Romagna hinterland.

"Tomorrow is a very undulating stage, there will be some attacks, but we will be prepared," said Almeida.