Zimbabwean cricketer Tendai Chatara shook his head and gestured toward his pad after he was given out caught behind late on the opening day of the Test against South Africa at Harare Sports Club on Saturday. 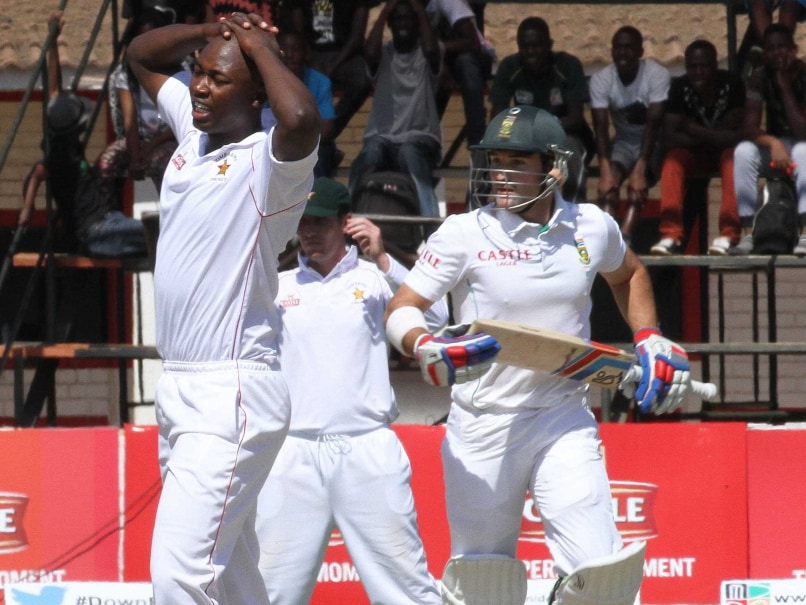 Chatara has so far scored 22 with the bat and returned 1/34 with the ball for Zimbabwe in Harare.© AP
Harare:

The International Cricket Council says Zimbabwe's Tendai Chatara has been reprimanded for showing dissent when he was given out in the ongoing one-off Test against South Africa.

Chatara shook his head and gestured toward his pad after he was given out caught behind late on the opening day of the test at Harare Sports Club on Saturday. TV replays showed the ball deflected off Chatara's pad and not his bat. He was one of South African fast bowler Dale Steyn's five wickets.

The ICC said on Sunday that Chatara had pleaded guilty to a level one breach of the code of conduct and received an official reprimand for showing dissent at an umpire's decision.

Comments
Topics mentioned in this article
Zimbabwe Cricket Team South Africa Cricket Team Tendai Chatara Harare Sports Club, Harare Cricket
Get the latest updates on ICC T20 Worldcup 2022, check out the Schedule and Live Score. Like us on Facebook or follow us on Twitter for more sports updates. You can also download the NDTV Cricket app for Android or iOS.