Zaheer Khan a Tearaway Pacer Who Got Better With Age

Ever since his debut in 2000, Zaheer Khan was one of the pivotal members in the Indian bowling line-up. From the highs of the 2000 ICC Knockout Trophy to his injury in 2006, from in 2008 to becoming a World Cup winner in 2011, Zaheer has given the fans many unforgettable moments. 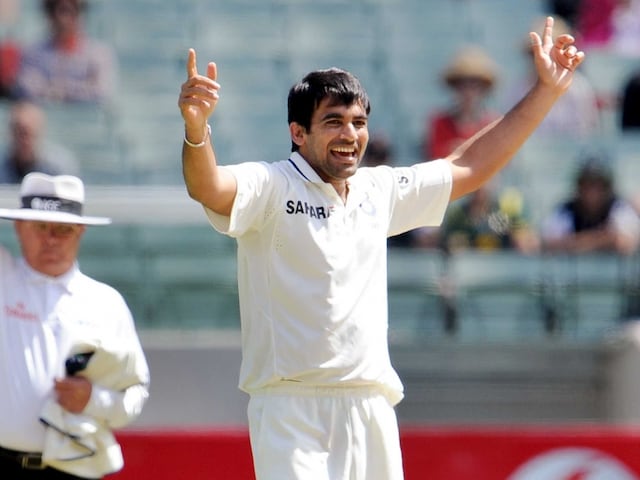 Zaheer Khan has picked up 610 international wickets - fourth highest for an Indian behind Kapil Dev, Anil Kumble and Harbhajan Singh. In Tests, he is only second to Kapil Dev with 311 wickets.© AFP

When Zaheer Khan made his debut in 2000 during the ICC KnockOut Trophy against minnows Kenya, he had come in with a reputation as a tearaway quick who could clock 140kmph on a consistent basis. (Zaheer Khan, Out in the Cold, Retires from International Cricket)

Indian pace bowlers before Zaheer, like Javagal Srinath and Venkatesh Prasad, had a different set of skills.

While Srinath was a hit-the-deck bowler, Prasad relied on variations to get his wickets. India had always lacked the services of a bowler who could bowl with high pace and deliver quick yorkers. Zaheer changed the scenario dramatically. (Zaheer Khan Terms Lifting the World Cup as The Greatest Moment of His Career)

Zaheer's first impression was an instant hit and he enhanced his reputation by picking up three wickets on debut against Kenya. Next up was Australia and Zaheer once again provided the important moment of the match when he castled Steve Waugh with a quick yorker. That was first glimpse of what Zaheer can do with the ball.

His exploits in the 2000 tournament made him the next big thing for India. Comparisons with Kapil Dev started making the rounds. However, his later years would be an uphill struggle as he struggled for fitness and consistency. (Zaheer Khan Proud of Great Comebacks in His Career)

A hamstring injury suffered in the Tests against Pakistan in 2006 put his place in the Indian team in jeopardy. He was subsequently omitted from the Indian squad and it seemed it was the end of the road for him. 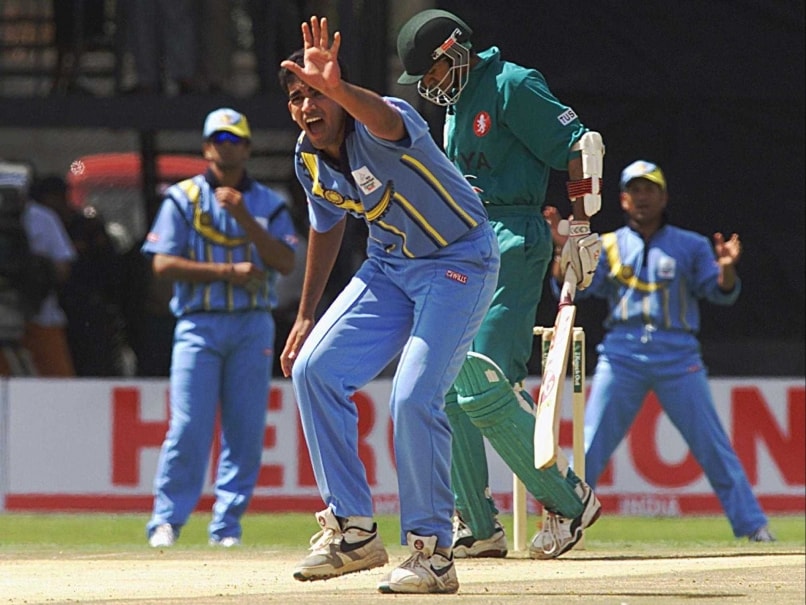 Zaheer Khan burst onto the cricket scene during the ICC KnockOut Tournament.

However, Zaheer decided to make use of the time away from the Indian team and in 2006, he signed for Worcestershire as one of their two overseas players, replacing Shoaib Akhtar.

The county stint was a game changer as Zaheer took ten wickets against Somerset on debut.

In the process, he became the first Worcestershire player to take 10 wickets on debut in 100 years. Against Essex he picked up first nine wickets to fall in the first innings against Essex, finishing at 9-138.

Zaheer missed out on the chance on becoming the first player in the history of county games to pick up all ten wickets when wicket-keeper Steven Davies dropped Darren Gough. His 78 wickets in a single season signaled the arrival of a brand new Zaheer. He understood his game, looked fit and possessed a new level of skill that changed his fortunes around.

Courtesy of his good performance, Zaheer earned a call to the Test and ODI team for the tour of South Africa in 2006. He troubled South African skipper Graeme Smith and he played a vital part in India's maiden Test win on South African soil. In all, he picked up 13 wickets in the three-Test series and although India lost the series 1-2, Zaheer's bowling was a bright spot. However, his best effort came in the England series and the match at Trent Bridge.

Zaheer wanted to prove a point after being sledged by the English fielders and he proceeded to destroy England with a haul of 5/75 where he used conventional swing in his first spell and got the old Duke ball to reverse in his third spell. His spell gave India a seven-wicket win in the Test and India managed to win a Test series in England after 21 years.

The method of hiding the ball in order to disguise reverse swing was also one of his hallmarks. The stats for Zaheer are remarkable. In 38 home Tests, he picked up 104 wickets at an average of 35.87.

In sub-continent conditions where spinners would rule the roost, Zaheer's average is wonderful thanks to his art of reverse swing. In 54 away Tests, he picked up 207 wickets at an average of 31.87 and he was the key in India's improved showings overseas. 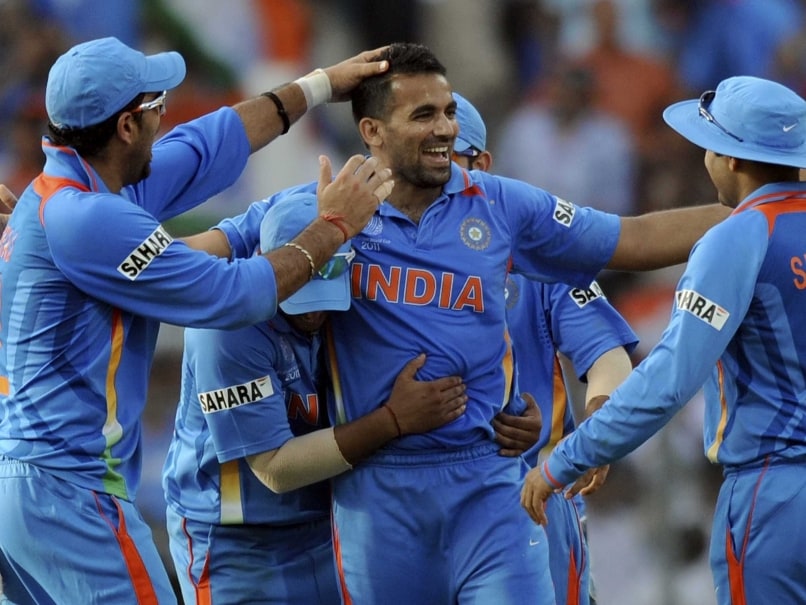 Zaheer Khan was the joint highest wicket-taker along with Shahid Afridi in the 2011 World Cup.

The 2011 World Cup was another crowning glory in Zaheer's career. Leading the attack, he was the most important weapon for the hosts as Zaheer finished with 21 wickets at an average of 23.2 - joint highest with Shahid Afridi. It was for the third consecutive World Cup that Zaheer had become India's top wicket-taker in the edition.

While Zaheer's bowling was well known, he has played couple of crucial knocks as well. In ODI his famous moment came when he smashed Henry Olonga for four consecutive sixes on the final four balls of the innings. In a Test against Bangladesh in 2004, he scored 75 batting at No. 11, the then record highest Test score by a batsman at that position, which has subsequently been broken by Australia's Ashton Agar and West Indies' Tino Best.

In the same innings, he was involved in what was then a record tenth-wicket partnership along with Sachin Tendulkar, which produced 133 runs. The record was broken nine years later when Phil Hughes and Ashton Agar shared a 163-run partnership for Australia in the 2013 Ashes Test in Trent Bridge. In 2014, James Anderson and Joe Root bettered the existing record by sharing 198 runs for the final wicket.

As Zaheer calls time on his international career, it is tempting to look back at some of the best moments in his career. He picked up 610 international wickets - fourth highest for an Indian behind Kapil Dev, Anil Kumble and Harbhajan Singh. In Tests, he is only second to Kapil Dev with 311 wickets. He claimed 44 World Cup wickets, which is fifth highest in the history of the tournament and the highest by an Indian.

Comments
Topics mentioned in this article
Zaheer Khan India Cricket Team Javagal Srinath Venkatesh Prasad Cricket
Get the latest Cricket news, check out the India cricket schedule, Cricket live score . Like us on Facebook or follow us on Twitter for more sports updates. You can also download the NDTV Cricket app for Android or iOS.