Yuzvendra Chahal's picture with his family on Instagram garnered heartwarming replies from fans. 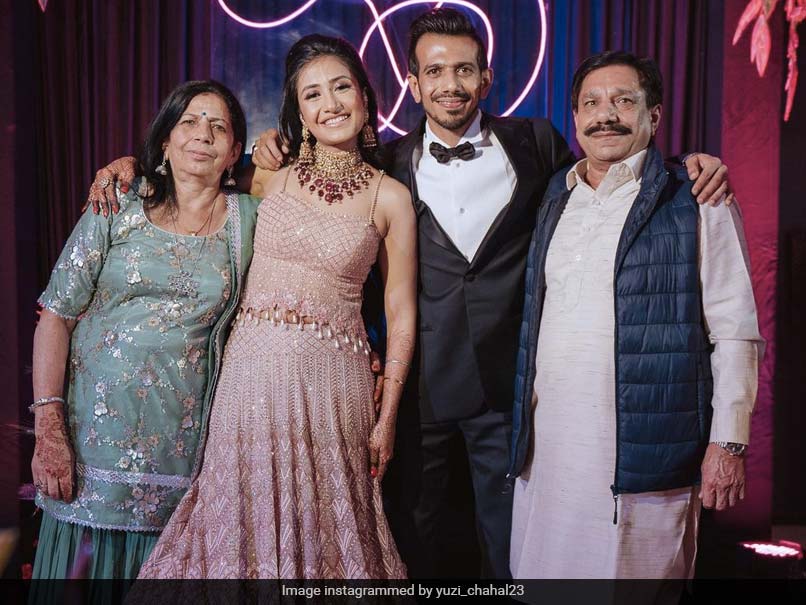 Yuzvendra Chahal was all smiles in a picture where he was clicked with his family.© Instagram

Yuzvendra Chahal took to Instagram on Saturday to share a picture with his family, saying "keep the real ones close". Chahal's post comes days after his wife Dhanashree Verma broke the news, via an Instagram story, that the cricketer's parents had tested positive for coronavirus. On Thursday, Dhanashree, in her Instagram story, had mentioned that while Chahal's mother was being treated at home his father had to be hospitalised with "severe symptoms" after testing positive for COVID-19.

"My parents in law have tested positive with severe symptoms. My father in law is admitted and my mother in law is being treated at home," Dhanashree had written in her Instagram story.

Dhanashree also revealed that when she was in the IPL bio-bubble, her mother and brother tested positive for Covid but they recovered. However, she lost her aunt and uncle due to the coronavirus.

Chahal was part of the Royal Challengers Bangaloresetup during the Indian Premier League (IPL) 2021 season.

The 14th edition of the IPL was postponed after several players and support staff tested positive for the virus within the IPL bio-secure bubble.

After two players from Kolkata Knight Riders and one each from SunRisers Hyderabad and Delhi Capitals returned positive for Covid, the IPL Governing Council and the Board of Control for Cricket in India (BCCI) unanimously decided to postpone the T20 tournament indefinitely.

While it is still not clear as to when the remaining season of the IPL will be played, BCCI president Sourav Ganguly said that the remaining part of the T20 tournament will not be played in India due to the "organisational hazards."

Royal Challengers Bangalore
Get the latest updates on ICC T20 Worldcup 2022, check out the Schedule and Live Score. Like us on Facebook or follow us on Twitter for more sports updates. You can also download the NDTV Cricket app for Android or iOS.