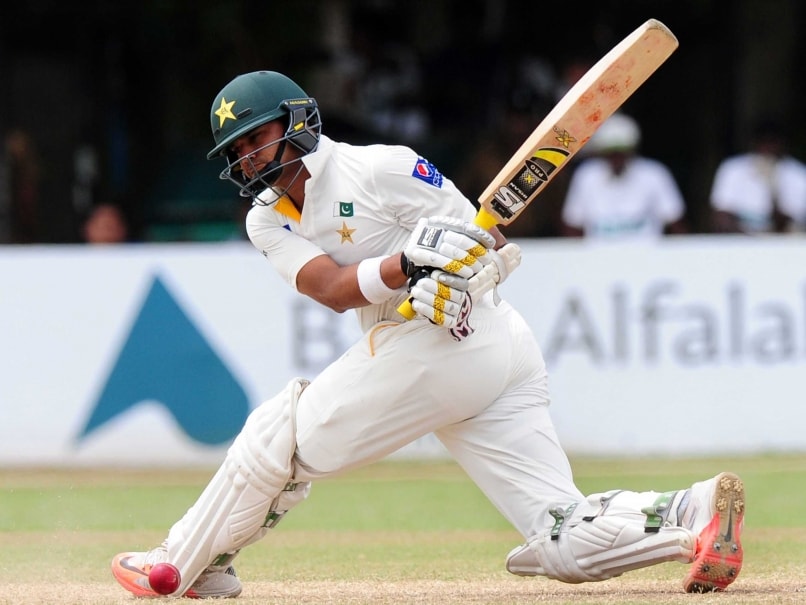 Azhar Ali smashed a century in Pakistan's warm-up game against Somerset as Pakistan put on a strong show.© AFP

Yasir Shah took four wickets and Azhar Ali made a century but Pakistan were denied victory as their England tour opener against Somerset ended in a draw.

Leg-spinner Shah took four for 107 in 32 overs as Somerset, set an improbable 468 for victory, finished on 258 for eight at Taunton on Tuesday.

Jack Leach (six not out) and Tim Groenewald (four not out) survived the last 16 balls of this hard-fought three-day fixture.

Pakistan resumed Tuesday on 140 for four, with Azhar Ali 50 not out and Asad Shafiq unbeaten on 26.

As soon as Azhar Ali had gone to his century, in 168 balls including 12 fours and two sixes, Pakistan captain Misbah-ul-Haq closed the innings.

"It was very important to spend time out on the pitch and getting some runs is an extra on top," Ali told reporters after stumps.

Pakistan now have one more three-day game, against Sussex at Hove starting Friday, before the first Test of a four-match series against England begins at Lord's on July 14.

"This game we played very good cricket and as a unit we are looking a very confident side right now," said Ali.

The 30-year-old Yasir Shah was given a three-month drugs ban after he tested positive for the masking agent chlortalidone. 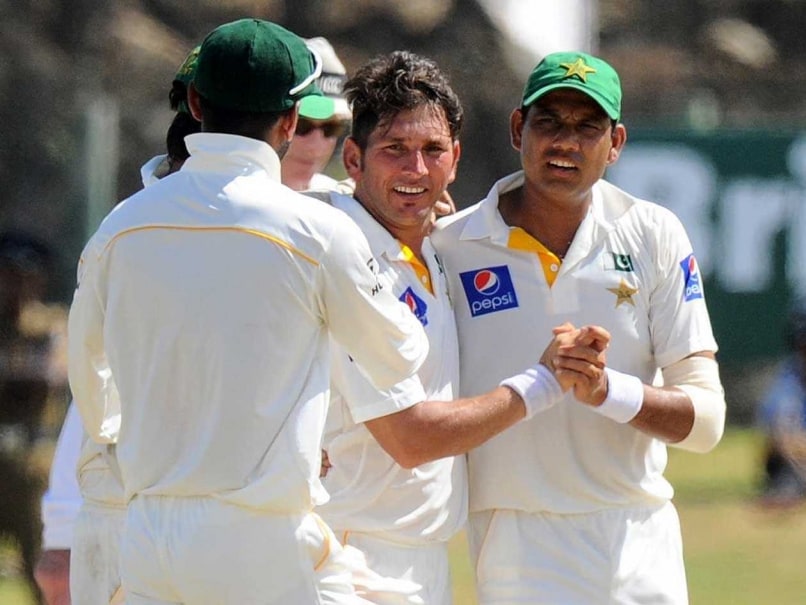 Yasir Shah made a strong comeback after a three-month drug ban by picking up four wickets in the warm-up game against Somerset.

Yasir told the International Cricket Council he had inadvertently taken his wife's blood pressure medication and his ban was lifted in March, making him eligible for the England tour.

He looked none the worse for his enforced break, with four Somerset batsmen misreading his quicker and straighter ball on Tuesday.

"Leg-spin in itself is quality and he's probably the world's best leg-spinner currently," said Trescothick.

"There wasn't a great deal of spin but he was just on the money pretty much all the time."

Mohammad Amir has been out of senior cricket for even longer after serving a five-year ban for his part in bowling no-balls to order during the Lord's Test in 2010.

But the 24-year-old left-arm quick is now set to make his Test return at Lord's.

His comeback to senior cricket in England saw Amir take three for 36 in Somerset's first innings as he swung the ball at sharp pace.

Trescothick was caught behind off Amir for just eight in the first innings but, with sunny conditions favouring batsmen, had more success against him on Tuesday.

After tea, left-hander Trescothick drove Shah for a single to go to a 105-ball century with 18 fours and a six.

Trescothick was eventually out for 106, when caught behind off Rahat Ali following a loose drive.

"It probably wasn't one of my better ones (hundreds)," said Trescothick, who now wears glasses when he bats.

"I managed to dig in and battle away."

As for equalling Richards's record, he added: "It's not something you go out to try to beat or emulate. It's your own personal pride and wanting to do well that still drives me on."

"The way he's committed to the team, you can see it from the outside and we definitely look up to him," he added.

Comments
Topics mentioned in this article
Pakistan Cricket Team SOM Yasir Shah Azhar Ali Misbah-ul-Haq Younus Khan Mohammad Amir Cricket
Get the latest updates on Fifa Worldcup 2022 and check out  Fifa World Cup Schedule, Stats and Live Cricket Score. Like us on Facebook or follow us on Twitter for more sports updates. You can also download the NDTV Cricket app for Android or iOS.